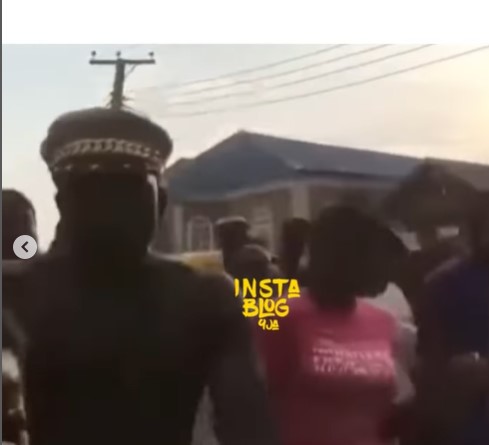 TRIXX NG reports that popular Nigerian musician, Portable has hit a woman with his car while he was driving recklessly.

In a video shared on social media by eyewitnesses, Portable was seen begging the woman, trying to persuade her not to take it against him legally probably by reporting to the police since he is a celebrity.

This is not the first time Portable will be getting into trouble, he is known for his nonchalant attitudes that always get him to the news headlines.

Some of his many attitudes include declaring himself as the leader of dreaded group, 1 Million boys, calling out Davido for unfollowing him on social media, physically assaulting his signee for employing another marketer other than the one he approved, and many others.

Portable came into the music industry with a song ‘Zazu’ that beat the imagination of everyone considering how viral it went. Indigenous rapper, Olamide Badoo got featured on the song through the influence of celebrity dancer, Pocolee and ever since, Portable has remained an internet sensation that attracts the attention of several.

Abuja Glo Promo House Winner Yet To Wake Up From Dream