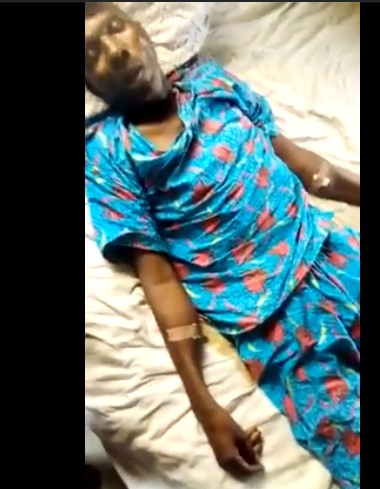 TRIXX NG reports that two sons of deceased Yoruba movie legend, Babatunde Omidina ‘Baba Suwe’ have disagreed over a viral video of his corpse making round on the social media.

In the video, one of his sons who captured it was seen lamenting and blaming Baba Suwe’s friends and families for neglecting the veteran actor when he was alive and needed help from them. He was seen crying and explaining that no one came to their rescue.

However, after the video went viral, another son of the actor who is quite popular, Adesola Omidina came out to debunk the allegations in the video.

He distanced himself from the video, and noted that actors, prophets, governors, movie associations were always ready to help Baba Suwe’s condition whenever they call on them.

A post shared by Adesola I. Morenikeji Omidina (@omo_omidina)