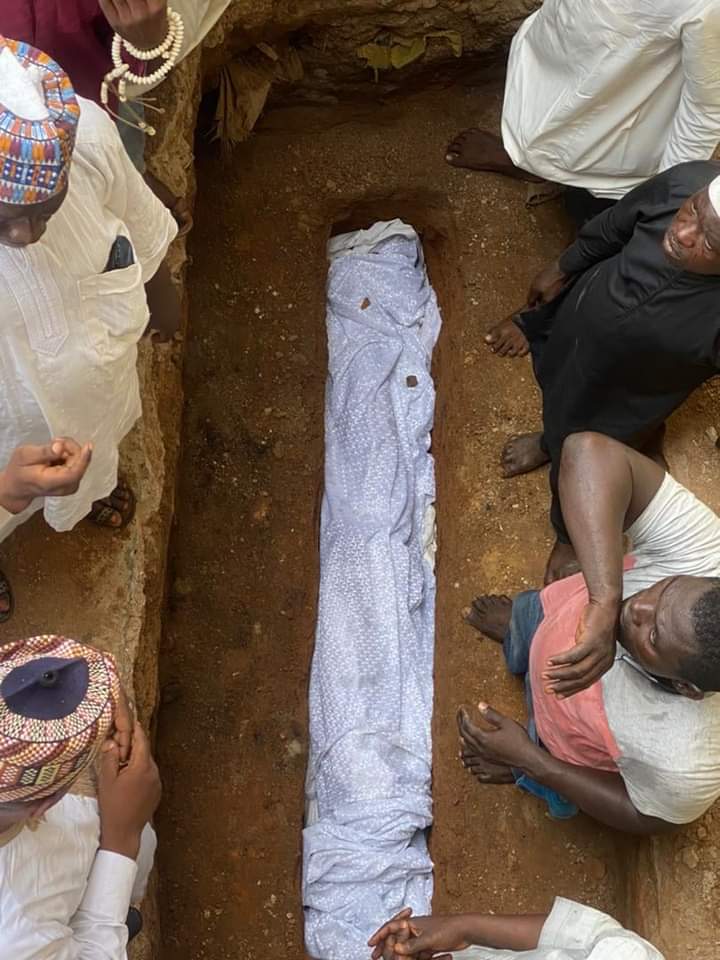 This is coming after a little fracas came up between the family and the Muslim clerics who were not happy with the way the burial was handled.

Ordinarily as a Muslim, he should have been buried the day he died but due to his son’s absence, the burial was postponed.

See pictures from the burial below