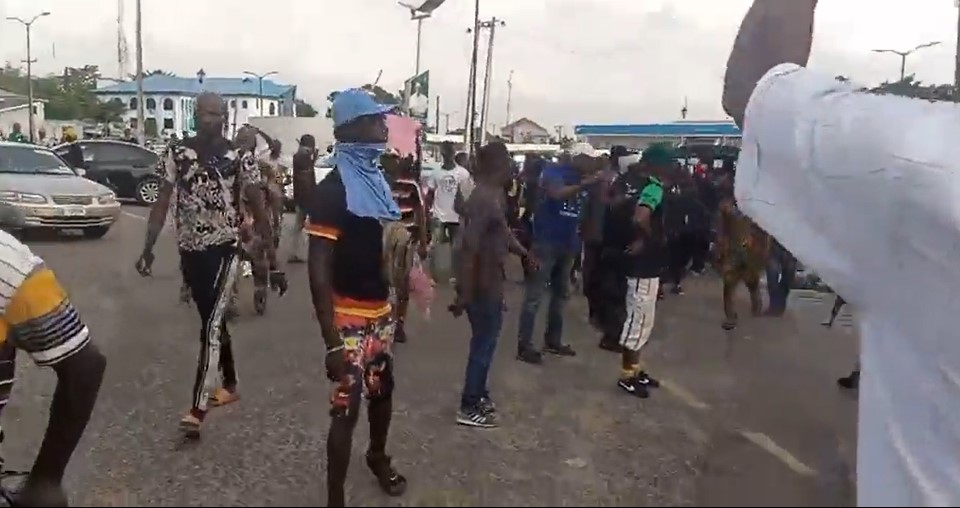 TRIXX NG reports that the agitators for Yoruba Nation have engaged in massive protest to the office of Governor Seyi Makinde after Sunday Igboho, the leader of the movement was attacked by DSS operatives some days ago.

There were at the palace of Olubadan some minutes ago to make their displeasure known following the attack on Sunday Igboho and the detention of some of those picked up at the activist’s residence.

In a video shared by Koiki Media, the protesters were seen in their numbers shouting ‘Free Our People, Sunday Igboho is not a criminal’’

BREAKING! One Dead As Cultists Clash In Yaba During 7/7 Celebration