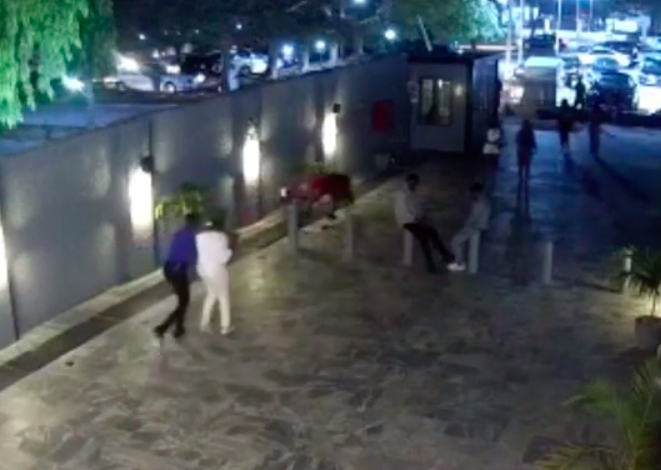 The club owned by socialite, Obinna Iyiegbu popularly known as Obi Cubana, trended online over the development as many sought for clarifications on the circumstances surrounding the lady’s demise.

The incident, which occurred on the 14th of November, generated so much controversy as the club had to ultimately shut down operations completely to mourn the deceased.

It had initially been circulated in the media that the lady was electrocuted but the footage shows otherwise.

In the video below, the lady, wearing a red dress, can be seen walking out of the club with two other men before dashing towards the side of a fence and crashing to the ground.