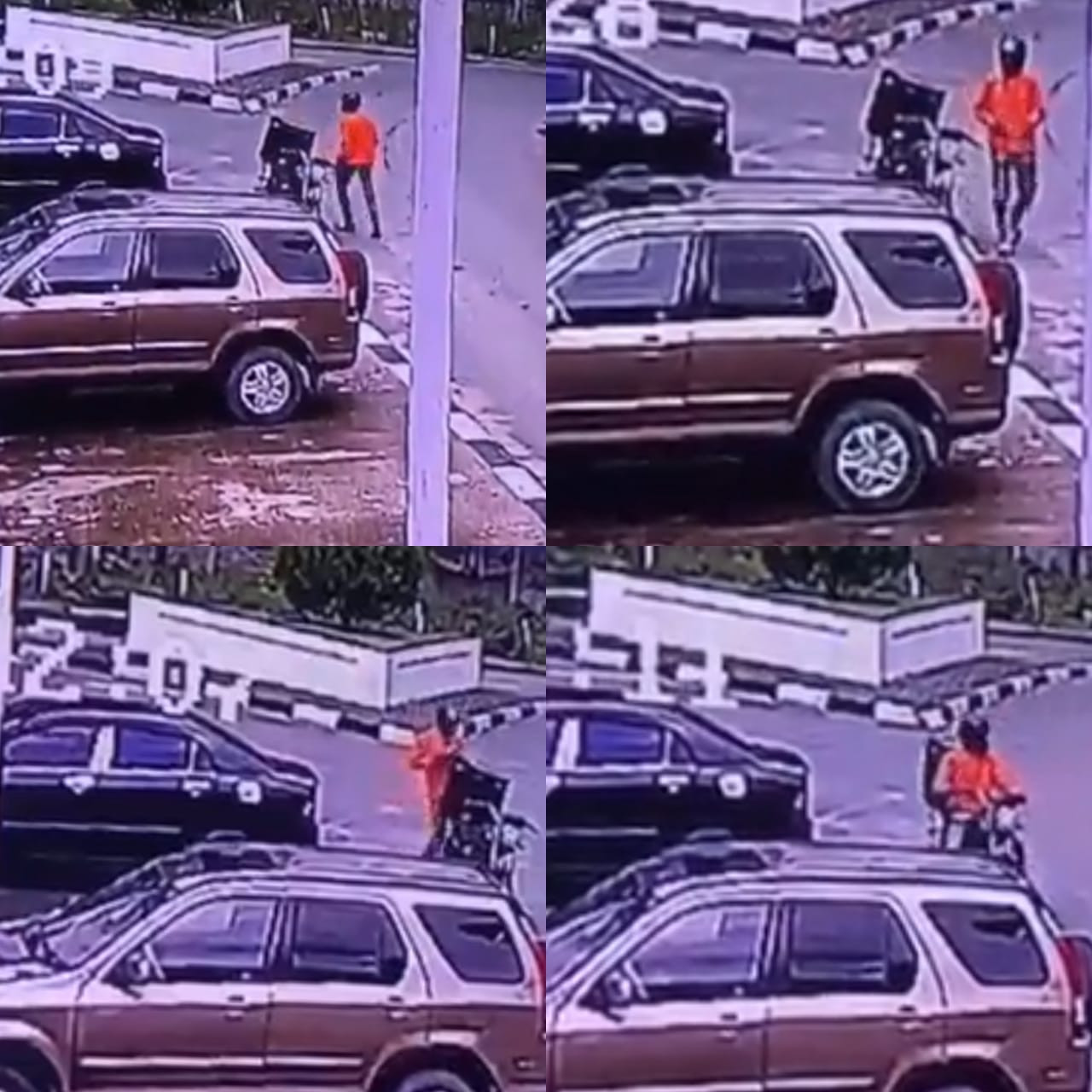 As seen in the video, the dispatch rider surveyed the environment before he gained access to the parked car and then carted away the brain box.

The spokesperson of the Lagos State police command, SP Benjamin Hundeyin, who shared the video on his official Twitter page called for help in arresting the suspect.

“Any tip leading to his arrest will be appreciated and rewarded. This happened in Ikoyi recently. ECU popularly called brain box stolen in a jiffy. Extra attention needs to be given to the security of vehicles,” he tweeted on Wednesday.

Nami: Road Infrastructure Tax Credit Scheme, One of the Greatest Innovations of FG

FIRSTBANK: THE EMBODIMENT OF CORPORATE RESPONSIBILITY AND SUSTAINABILITY