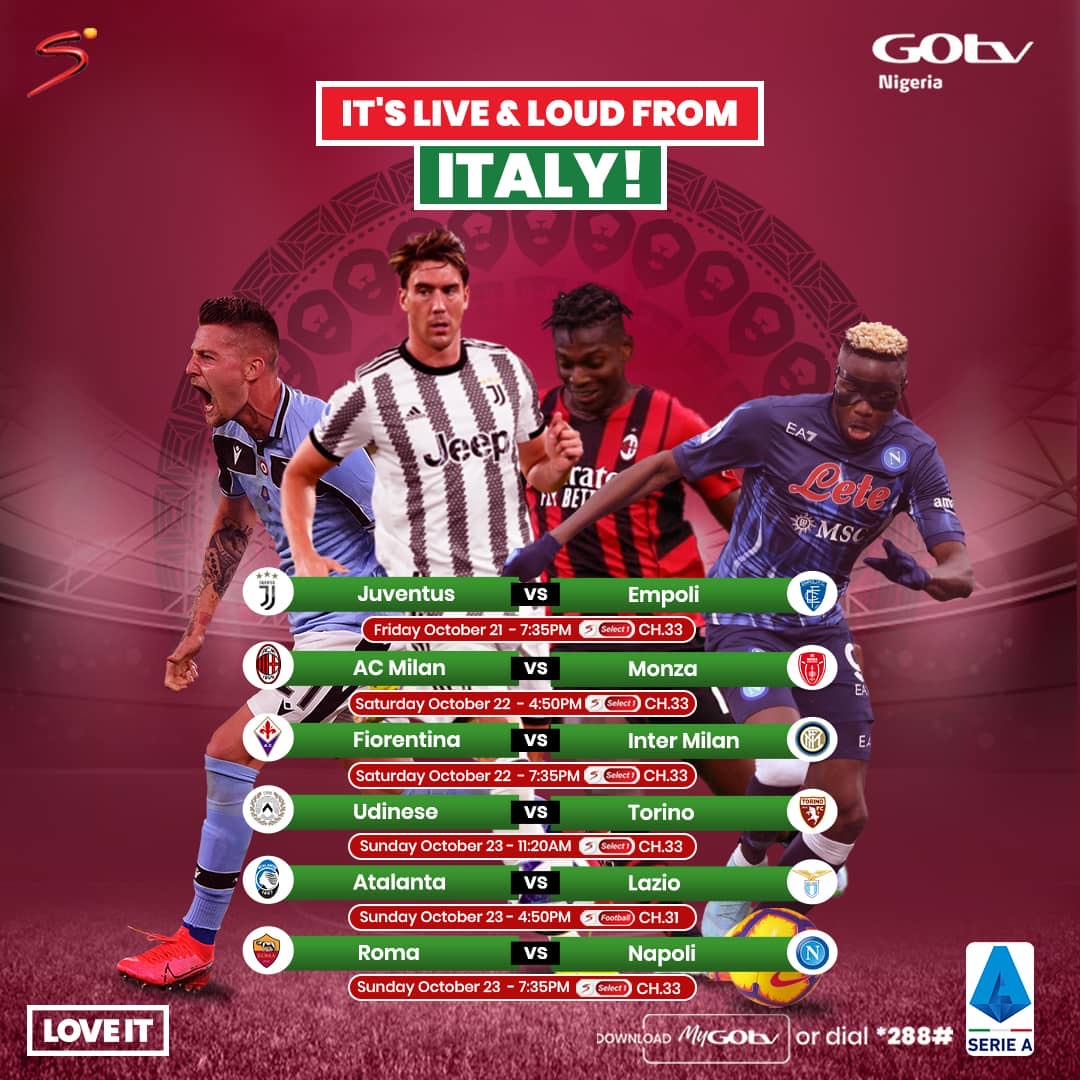 Chelsea will host Manchester United at the Stamford Bridge for matchday 13 of the 2022/23 English Premier League season.

The Blues dropped points for the first time under Graham Potter at midweek after a goalless draw with Brentford.

Since Alvaro Morata’s header gave Chelsea victory against United at Stamford Bridge in 2017, the Blues have gone nine games without victory against the Red Devils in the Premier League.

Erik Ten Hag’s men have won three of their last four games against top six sides in the league, Chelsea will have to be at their best to get maximum points. This match will be broadcast on SuperSport Premier League (DStv channel 203) at 5:30pm on Saturday.

Also in the Premier League, Nigeria’s midfielder Alex Iwobi will hope to continue his fine form when Everton hosts Crystal Palace at the Goodison Park. The match will be broadcast on GO Football and SuperSport Football (GOtv channel 31 and DStv channel 205) at 3:00pm on Saturday.

In the Spanish La Liga, Real Madrid will face a tough test against Sevilla at the Santiago Bernabeu. Sevilla’s new manager, Jorge Sampaoli will be keen to make a statement against the league leaders.

Since his reappointment, the Argentine has overseen one victory and one draw. Saturday’s match will be a big test for his team. The match will be broadcast on Select GO La Liga and SuperSport La Liga DStv (GOtv channel 32 and DStv channel 204) at 8:00pm on Saturday.

Barcelona will take on Atletico Bilbao at the Camp Nou as they seek to mount pressure on the league leaders and reclaim the top spot. The match will be broadcast on Select GO La Liga and SuperSport La Liga (GOtv channel 32 and DStv channel 204) at 8:00pm on Saturday.

The game to watch out for in the Italian League is the crunch clash between Roma and Napoli. Jose Mourinho’s men will challenge a Victor Osimhen inspired Napoli at the Stadio Olimpico. This match will be broadcast on GO Select 1 (GOtv channel 33).

To enjoy these games and many more, customers can download the MyDStv and GOtv apps to subscribe or upgrade or set up Auto-Renewal to stay connected without interruptions. Customers can also dial *288# to recharge

El Clasico, City vs Liverpool, other clash to air on DStv, GOtv