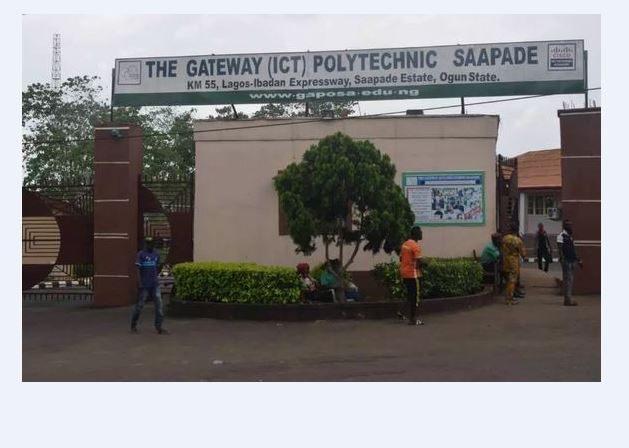 The students of Gateway (ICT) Polytechnic, Sapade(GAPOSA) have expressed displeasure through massive protests against incessant armed robbery attacks in their hostels.

Hostels around the school area have been under serious attacks from armed robbers for some months without any tangible solution from the school management or security operatives in the area.

According to the students, the armed robbers don’t only come to cart away properties, but they also kill, and rape female students in their hostels. One of the attacks which almost led to a riot in the school was the killing of a suspected leader of a cult group by these dreaded armed robbers.

During our investigation, it was revealed that students have cried out to the management of the school severally but unfortunately, it has fallen on deaf ears as solution has been far from this unending crisis.

As a result of this, lecture rooms have become scanty as some students have fled to their parent’s home while some decide to stay back in their hostels as reports has it that the members of the cult group that had their leader killed by the armed robbers have decided to fight the school authorities for ignoring several calls to solve the security challenges being faced by students.

When violence erupted in the school as a result of this protest, the school management called for calm, and assured students that a solution will be provided as soon as possible.

Lagosians Dump Cars, Run For Their Lives As NURTW Clash Gets Tougher In Obalende

BREAKING! Violence In Obalende As NURTW Members Clash With Guns(VIDEO)