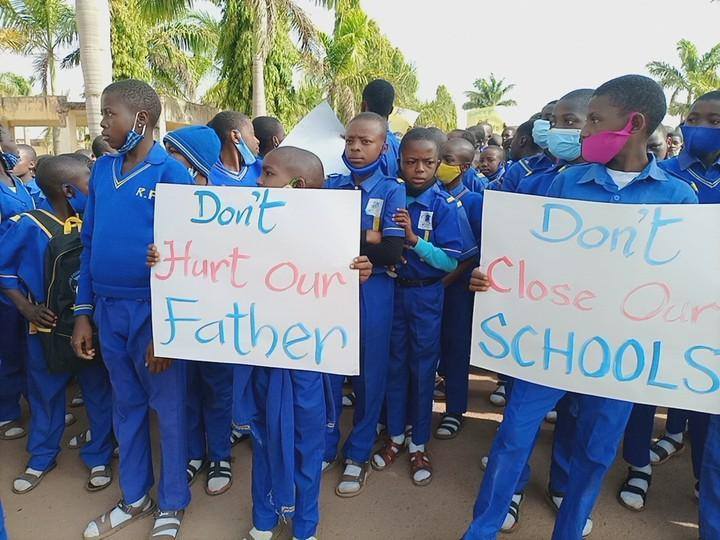 More drama have emerged in Imo state following the power tussle between the governor of the state, Hope Uzodinma and the former governor, Rochas Okorocha.

Following this, some students have stormed the streets of Imo state to protest with placards