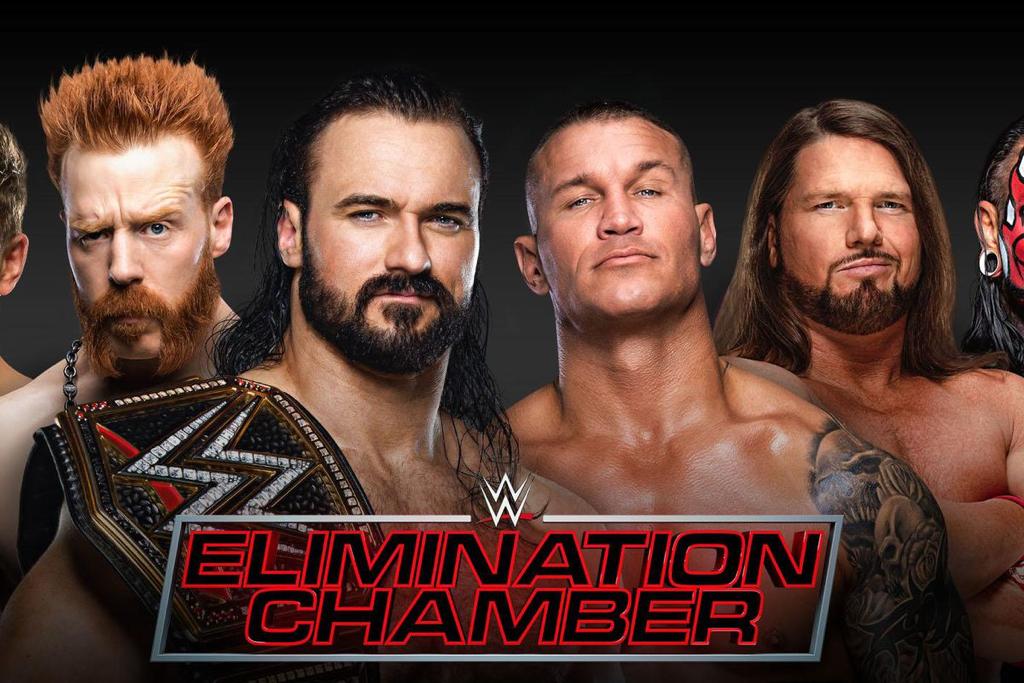 Drew McIntyre is facing an uphill climb to remain the WWE Champion going into WrestleMania 37. Shane McMahon and Adam Pearce announced McIntyre will put the title on the line in an Elimination Chamber match at the pay-per-view of the same name. His opponents will be five former world champions: Randy Orton, Jeff Hardy, AJ Styles, The Miz and Sheamus.

An Elimination Chamber match is a multiple participant match inside a steel cage where two participants begin the match in the ring, while the remaining four are held within enclosures or ‘chambers’ and are released into the match at five-minute intervals. The winner is the last remaining participant after all others have been eliminated via pinfall or submission.

The good news for The Scottish Warrior is that the title hasn’t changed hands in a Chamber match since 2017, when Bray Wyatt was the last man standing in a contest that included Styles, The Miz, Baron Corbin, Dean Ambrose and John Cena.

“When I am stuck in there and I unleash brutality on every WWE Super Star, you [WWE official Adam Pearce] remember… this is your responsibility.”

Other confirmed matches for the Elimination Chamber pay-per-view include a Triple Threat Match for the WWE United States Championship, with Bobby Lashley putting his title on the line against Riddle and Keith Lee, while WWE Women’s Champion Asuka will face Lacey Evans. The Sassy Southern Belle earned her title shot with a disqualification win over Charlotte Flair, with the pair in a huge feud after Evans came under the mentorship of The Queen’s father and WWE legend Ric Flair.

Now GOtv viewers can also enjoy some world-class WWE action every Wednesday evening on SuperSport Select 1. Customers get to watch WWE 205 at 8pm, a WWE documentary at 8:30pm and much more.

Don’t miss out on all the WWE content on DStv. Visit www.dstvafrica.com and www.gotvafrica.com to subscribe or upgrade, and join in on the excitement. And while you’re on the move, you can stream the action on DStv.

Amidst Breakup Rumour, Chioma Hangs Out With Davido’s Cousin