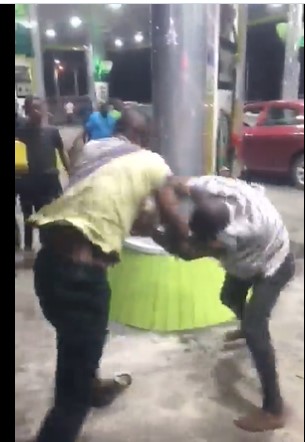 TRIXX NG reports that the fuel scarcity being faced by Nigerians have taken a huge toll on the citizens.

It was a dramatic scene earlier today when two Lagosians engaged in a serious fight that involved throwing of punches at a filling station for reasons unknown to the publication.

In a video shared on twitter, they were seen holding on to each other with their kegs and fighting seriously.

It took the efforts of onlookers to separate them.