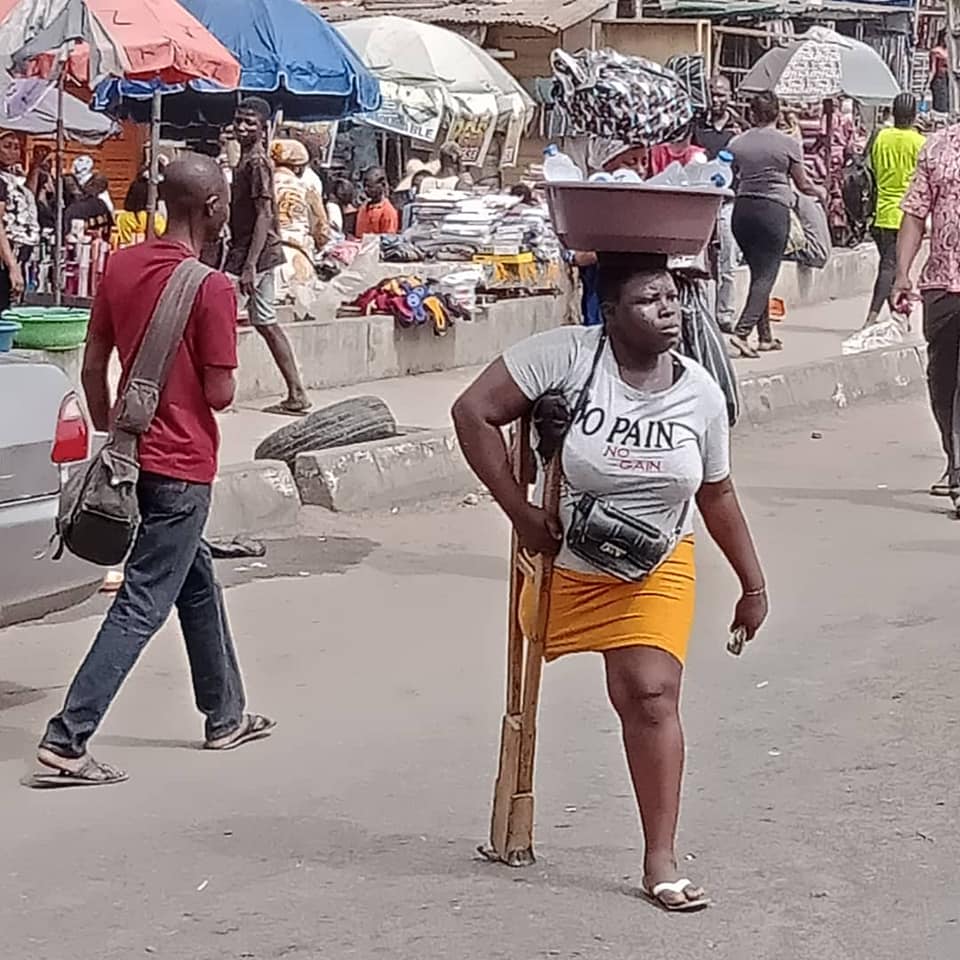 TRIXX NG reports that the popular one-legged pure water hawker, Mary Daniel has been exposed after some of the claims about her life happen to be false.

This medium gathered that Mary Daniel made claims that her father and mother died in an accident that led to one of her legs being amputated.

This was one of the reason so many Nigerians showed sympathy and started donating money for her to have a good life, fortunately, the Lagos state government was also informed and offered to help her get a shop, an apartment, and financial stability.

However, she met her waterloo during her birthday celebration that took place some days ago.

All was going well for the young lady until the state government discovered on Thursday her father was alive.

It was also detected she was amputated from birth.

It was gathered Governor Babajide Sanwo-Olu immediately handed her over to officials of the social welfare for investigation following revelations her case was staged.

Daniel, it was gathered, was receiving strange calls from those who staged her story with threats to reveal the truth unless she gave them their share of the money.

It was learnt Sanwo-Olu handed her over to officials of welfare in the presence of the police and some Kogi leaders, who attested her father was alive.

Commissioner of Police Hakeem Odumosu told The Nation the young woman was in the custody of officials of the Social Welfare and not the police as earlier reported.

“The police were there but she was not handed over to us. She was handed over to the Social Welfare. There were irregularities and lies in the account of her life she gave.

“It was also discovered that her presence in Oshodi was staged. Those working with her played on the intelligence of Nigerians to get donations for her.

” It came to light when the people started threatening her. She promised some N500,000 others different amounts and was planning to return to her home state when the information leaked.

“I had to attach some policemen to her to prevent any attack on her when she went to the bank. We suspected those people might follow her but everything went well as they were not seen.

“Presently, the state government is preventing her from accessing the money.

“The government does not want a situation where it will become a trend for people to cook up stories, manipulate the people to get donations,” Odumosu explained.

FirstBank Raises the Bar in New CEO Appointment, Others