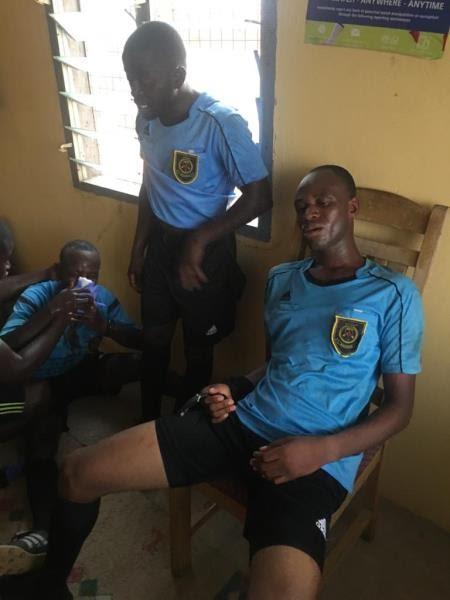 A group of football fans has descended heavily on some referees for allegedly cheating in the game for their opponent.

According to reports, the angry fans of the Wanamafo Mighty Royals brutalized the referees in a Division one league match against Bofoakwa Tano on Sunday.

Reports say that the fans were angry that the referee treated Mighty Royals poorly and aided Bofoakwa to a 0-0 draw.

In a video sighted on Twitter, the fans were seen chasing the referees with sticks to brutalize them some more