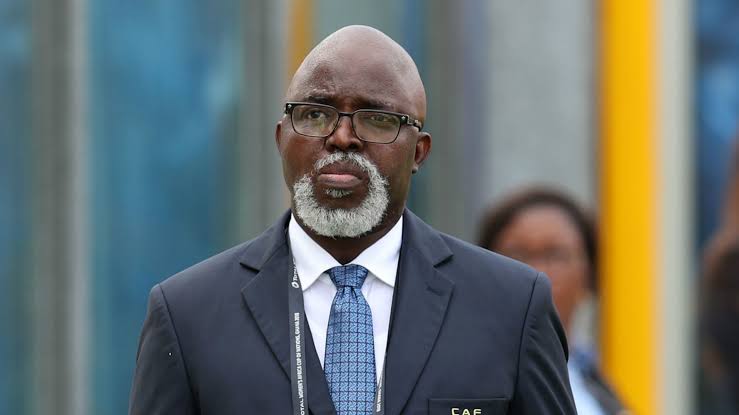 The leader of INRI Evangelical spiritual church , Primate Elijah Ayodele has prayed for the Nigerian football federation (NFF), Amaju Pinnick in his pursuit to become a member of the FIFA Council.

Amaju Pinnick months ago revealed that He has been cleared to contest in the election which will hold on 12th Of March, 2021 during the 43rd during the 43rd Ordinary General Assembly of the Confederation of African Football (CAF) in Morroco.

Primate Ayodele revealed that Amaju Pinnick has worked well for Nigeria as the President of the NFF, and it’s a good thing that he is aiming higher to represent the country in a higher capacity.

The popular Prophet made it known that if Amaju Pinnick emerges, He will do well in representing the country and Africa as a whole.

“I want to urge every Nigerian and African to suppose Amaju Pinnick in his pursuit to become a member of the FIFA Council.

He will do so well to represent Africa, every Nigerian and Africa should support the candidacy of Pinnick.

He has done well as NFF president and achieved a lot for Nigeria, for him to aim higher is a good thing for Nigeria

If he succeeds in the venture, Pinnick will be the third Nigerian to occupy that post after the Late Etubom Oyo Orok Oyo and Dr. Amos Adamu have taken their turns in that hallowed highest decision making body in global football.