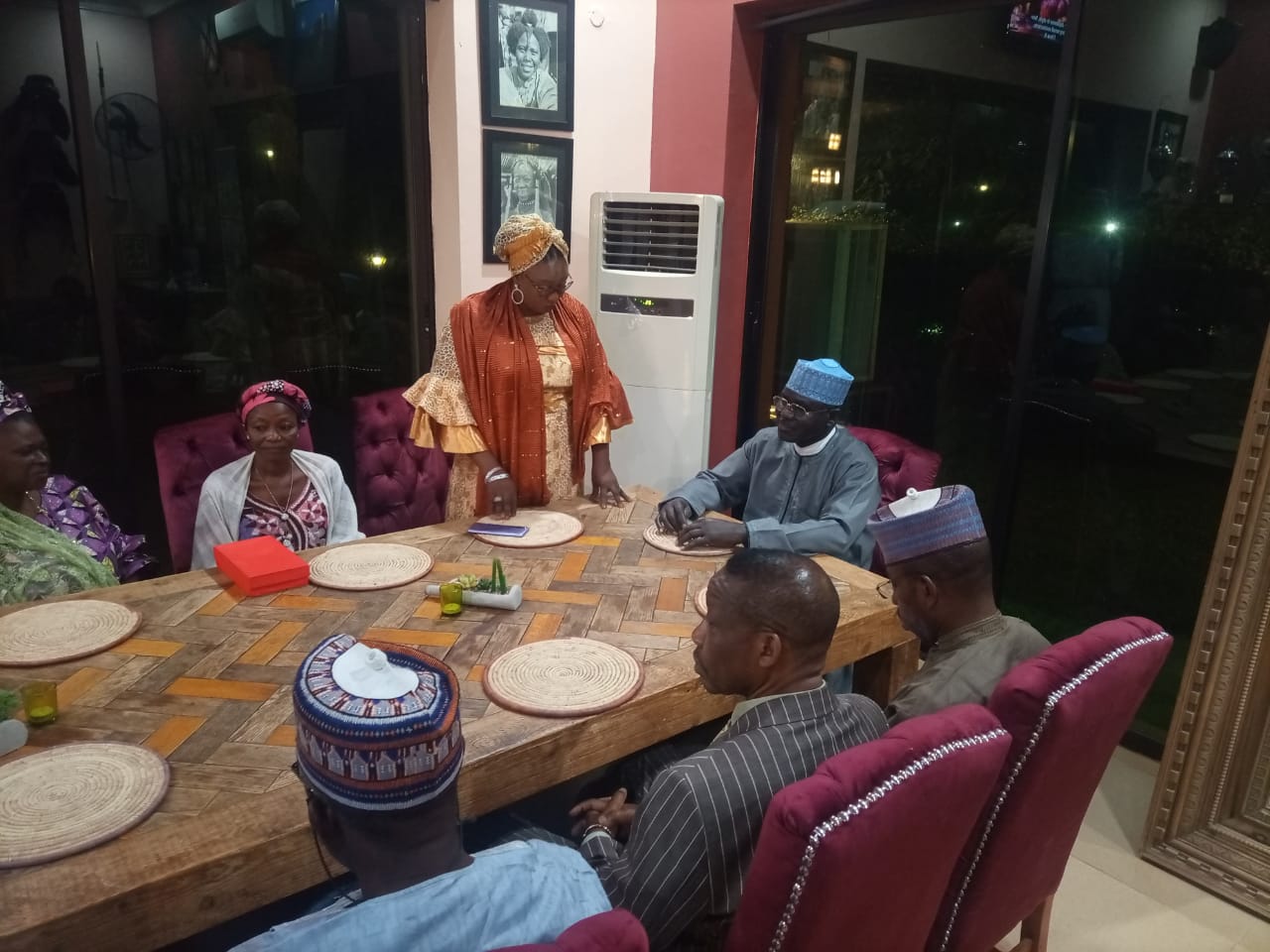 His Excellency, Amb. Lt.Gen. Tukur Yusuf Buratai (Rtd), former Chief of Army Staff has been honored with Icon of Hope award by a non-governmental organization, Ideal Women Support and Empowerment Foundation in Kaduna.

Buratai was singled out for his iconic nature,empathy, dogged, brave and fearless approach in containing banditry, terrorism and insurgency.

In her remarks, the National President of the prestigious organization, Mrs Palmata Abacha who spoke on behalf of the group, said the award is long over due and is in recognition of his iconic nature and further stated that the Ambassador is a man of strong personality who shows empathy and is always there for people any time his audience is sought after.

She showered praises on him and prayed for Gods blessings over him.

She was accompanied by the Secretary of the Organization Hajjia Gambo Jimeta and another Executive Abigail Maisamari.

In his response, Amb. Buratai who spoke through one of his Allies, Dr.Manzo Ahmed, commended them for their kind gesture and thanked the group for counting him worthy of such honor