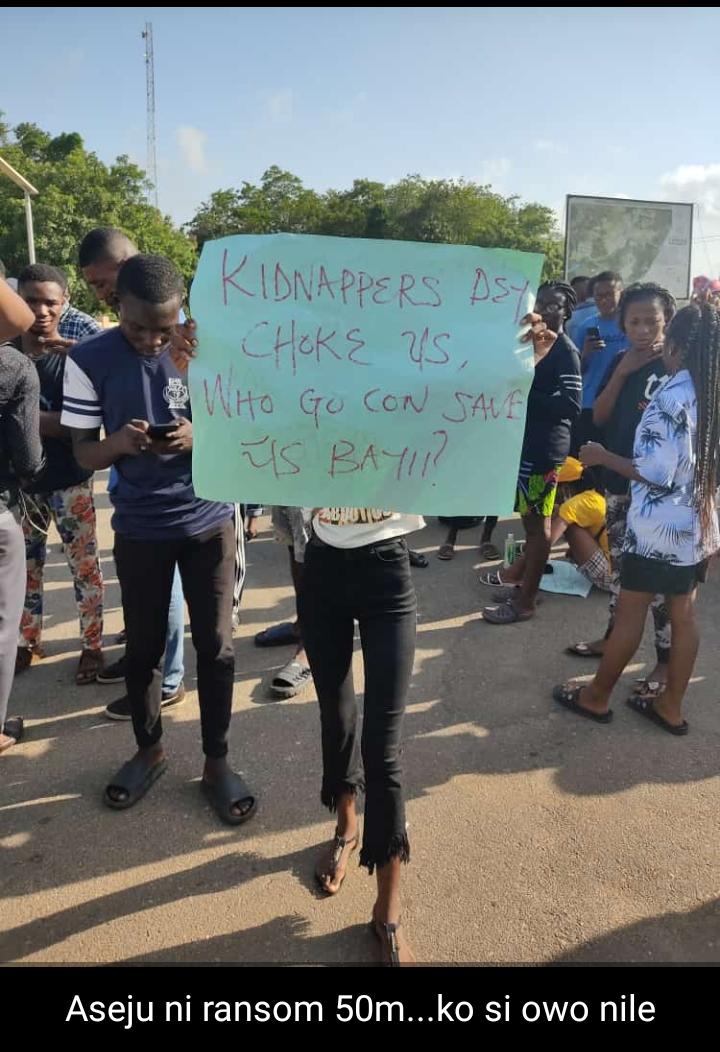 TRIXX NG reports that students of the federal university of agriculture, Abeokuta have taken to the streets to protest massively against the operation of kidnappers in the school environment.

News broke out days ago that about three people were kidnapped and one of them is a student of the school.

It was also reported that the kidnappers have demanded for a ransom of N50 million before the student and others can be released.

At the moment, we gathered that the students are on the streets, carrying placards expressing their grievances, and calling on the attention of the government for a swift action to savage the situation