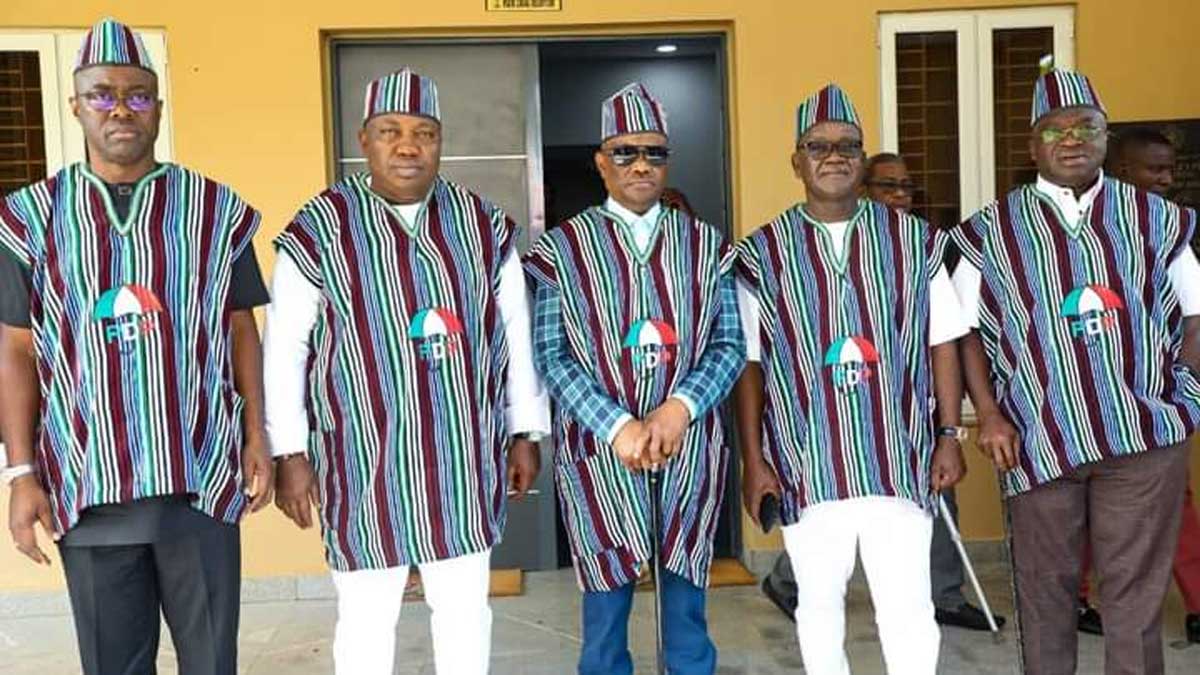 TRIXX NG reports that the governor of Rivers state, Nyesom Wike and his G4 colleagues were yesterday met by angry PDP members during their visit to Lagos.

The governors arrived the residence of PDP Chieftain, Bode George for a meeting but they were disgraced with the heavy chant of Atiku by the crowd that strategically waited for their arrival.

The meeting was to launch a group within the party that will further strengthen the grouse against Atiku’s presidential ambition which has been kicked against by Governor Wike and his colleagues.

[Video] At the host residence of Wike meeting today in Lagos … Wike and the G4 were all disgraced and chased out..

Lagos is not Rivers. pic.twitter.com/Tbae9kZrbH