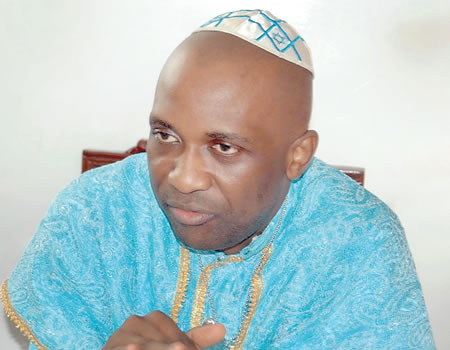 The strange thing is Primate Ayodele has started this aspect of his ministry for a while now yet has never gotten it wrong to the surprise of many. Some of his recent sports predictions are the Champions League where he predicted that the Final will be between Chelsea and Manchester right before the semi-final was even played despite the fact that the odds were against these two clubs.

When Nigeria wanted to play Lesotho some months ago, Primate Ayodele categorically said the match was going to end in 3 – 0 in favour of Nigeria, it was really scary that the prophecy came to pass just the way he said it, Nigeria won the match by 3 – 0.

Surprisingly, Primate Ayodele during a live service on his church’s facebook page on Sunday mentioned that the Euro 2020 final will be between England and Italy while COPA will be between Argentina and Brazil. Someone would want to say the odds were in Favour of these countries but we all saw how Argentina escaped being beaten and how Italy miraculously won Spain in the semi-final matches.

No doubt, Primate Ayodele has continued to amaze the world with his special gift of prophesying about every aspect of life, proving that God is interested in every areas of human existence.

Primate Ayodele also has a record for being the only prophet that has over 10,000 prophecies fulfilled, this was even published in a compendium released last year, and it was confirmed by every person that got the compendium that indeed, Primate Ayodele is unique.

Apart from this compendium, Primate Ayodele is known for publishing an annual book of prophecy titled Warning to the nations. He has been publishing this book since 1996 and they have been amazing so far. This annual book of prophecy is always a 300-page book filled with warnings to nations around the world, individuals, companies, politicians, countries, and many more. This book has served as a direction to many. According to information, the new edition for 2021/2022 will be released in few days time, and of course, it is being anticipated by many who know the value.

Primate Ayodele is not just a prophet who always talks about one particular area of life, He is an all-rounder man of God and this has set him ahead of his colleagues in the ministry

How To Vote On Firstbank-Sponsored The Voice Nigeria Season 3