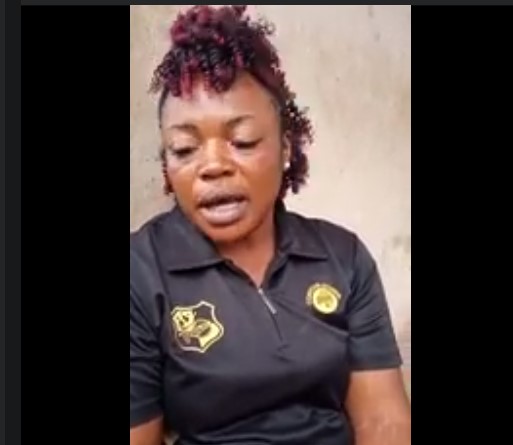 TRIXX NG reports that the widow of one of the victims of trigger-happy policeman has broken her silence.

The officer; a Police Inspector attached to Special Protection Unit (SPU) Base 9, Umuahia, Abia State, who opened fire on the people on sight, also injured four others.

The remains of the dead ones have been deposited to Parklane General hospital, while the medical officers were battling to save others that were badly injured.

In an interview on BBC PIDGIN monitored by TRIXX NG, The wife revealed that the police man woke up in the morning and started shooting people. Her husband who was washing clothes in his compound then went out to check what was happening.

She revealed that Her husband met with the policeman who shot him in the stomach, bring out his intestines. He then cried for help and was taken to three hospitals but was rejected there.

WATCH VIDEO OF HER INTERVIEW HERE