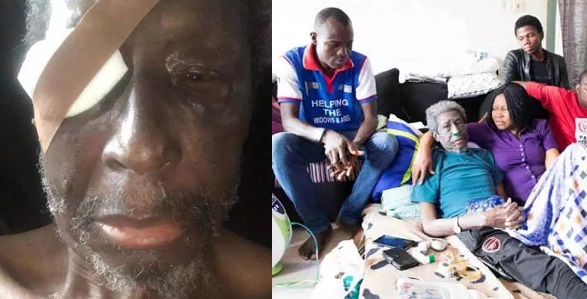 This publication gathered that the veteran actor was pronounced dead in the late hours of yesterday, Wednesday, 3rd of March, 2021. We gathered that he died at a lagos hospital.

Further diggings have revealed that the veteran actor had been battling illness for the past four years since 2017. He came public with his illness in November 2017 when he was diagnosed with prostate cancer. This was coming barely months after he was hospitalised for months due to leukemia.

During this period, He sought for funds from well meaning Nigerians, and surprisingly, a good Samaritan gave him a whooping sum of N10 Million to travel abroad for treatment.

In 2019, his health took a nosedive again and he was diagnosed with chronic pulmonary disease which is a disease of the lungs.

Since then, He has been battling the illness, until his death.

Sadiq Daba remains One of Nigeria’s most loved television stars, the actor has had a long career in broadcasting with the Nigerian Television Authority.

He also appeared in early soap operas such as Cockcrow At Dawn and Behind The Clouds.

‘Sort Yourself Out With EFCC’ – Afenifere Disowns Tinubu

Enugu Residents Cry Out As Scarcity Of Water Bites Harder