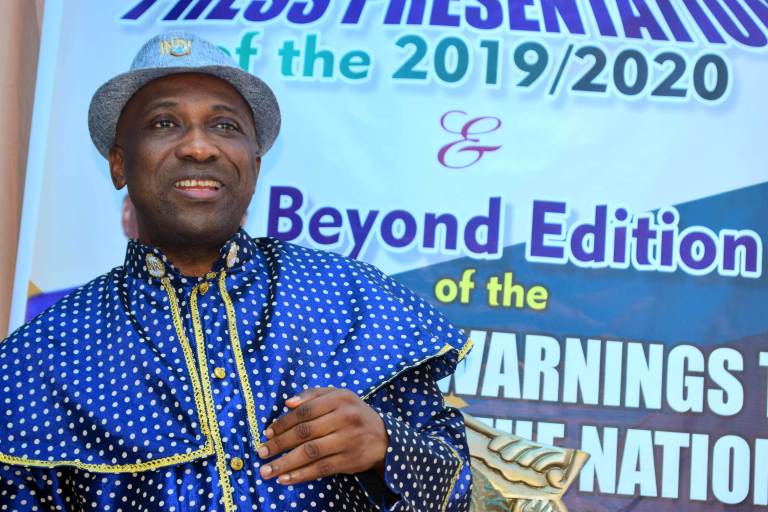 TRIXX NG reports that the leader of INRI Evangelical Spiritual Church, Primate Elijah Ayodele has made a shocking revelation on how he feels whenever his prophetic warnings comes to pass.

During a press conference held at his Lagos church last week for the launching of the 27th edition of his annual book of prophecy titled Warnings To The Nation, Primate Ayodele stated that he doesn’t feel good or happy whenever some of his prophecies comes to pass.

He made it known that whenever God gives him warnings for particular persons and nations, He always tell them to pray about whatever it is but failure to do so always result in the fulfilment of such warning.

The man of God is known for prophesying the emergence of Covid-19, death of President Buhari’s former chief of staff, Abba Kyari, death of Isa Funtua, robbery incident in Aso Rock, military plane crash that claimed the lives of the former chief of army staff and other officials, to mention a few. Although, while giving these prophecies, the man of God asked that prayers should be done and caution should be taken to avert dangers but none of his instructions were listened to by those involved.

Meanwhile, Primate Ayodele has given positive prophecies that include the end of Covid-19 before the year runs out, the capture of Boko Haram leader, Abubakar Shekau, end of Boko Haram in Nigeria, fizzling out of ISWAP terrorist group, to mention a few.