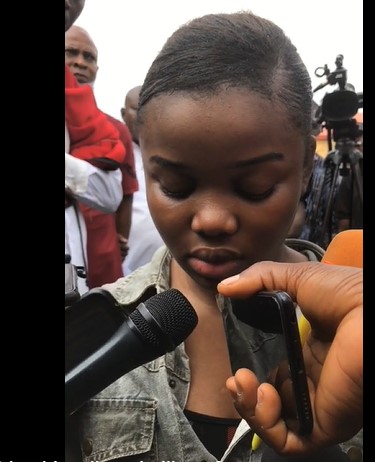 TRIXX NG reports that Chidinma, the alleged killer of the CEO of Super TV, Micheal Ataga has made a U-turn on some of the statements she made some weeks ago.

We recall that Chidnma confessed to killing Michael after he made some advances towards her and tried to have s*x with her forcefully.

In an interview with crime Fighters, she has revealed that she has nothing to do with the death of Michael Ataga because she wasn’t in the apartment when he died.

She explained that they truthfully met on that day and went to eat before going to the apartment but she wasn’t the one who killed him.

In her statements in a video making rounds, she noted that someone must have broke into the apartment to kill the businessman.

‘No Matter What You Say, It Will Not Change The Facts’ – Lagos Police Tackles Chidinma

Comedienne, Princess Mourns Sound Sultan, Reveals What He Did To Her When She Was 8-years-old