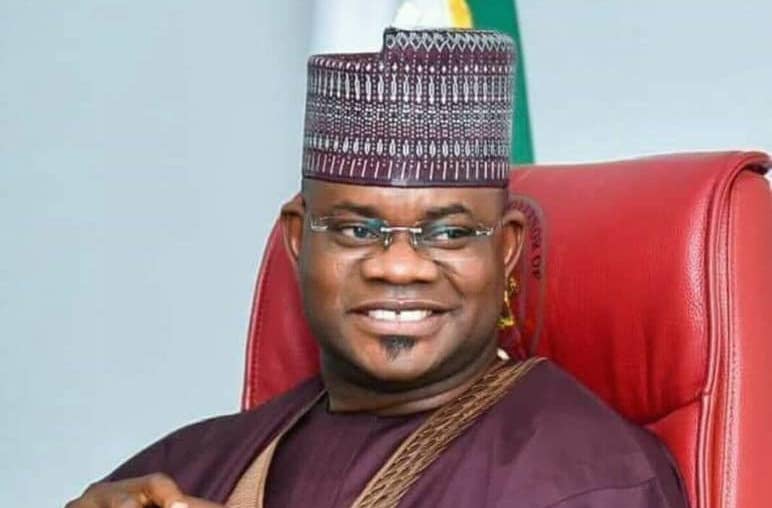 Our attention in South West Chapter of IPAC was drawn to a news – item that announced the choice of Governor Yahaya Bello of Kogi by the European and American University for an award of honour . The first of its kind in this year to any Governor.

We must first note that our position on the quality of leadership of the Kogi State political Champion is here corroborated.

The only State Governor that successfully gave quality and exemplary leadership to his people during the Covid – 19 official assault on the Treasury by most Governors .
He refused to be part of official stealing from the State Treasury in the name of confronting the over – hyped Covid – 19 in very open deceit that went on last year.

Besides all of the above , he has sustained the popular and commendable capacity of his Government in delivering the dividends of democracy to the residents of his State in all the sectors of Governance.

As a result of this , he has been singled out of the 36 Governors in Nigeria to be recognised and chosen to be honoured by the European and American University
.
Wait a minute , the citations for the honoured among other encomiums read :
(1) For his high level integrity.
(2) delivery of high quality education .
(3) Strong leadership .
(4) Women empowerment in politics.
(5) High sense of financial prudence.

All of the above combine to give meaning to the qualities that separates Governor Yahaya Bello from the crowd of gap – filling Governors making empty noises all over Nigeria.

That Governor Yahaya Bello of Kogi State truly deserves this honour is much more emphasised by his consistent style of Governance that keeps putting the interest of the people first in every action of his Government.
It is quite so much satisfying to note that what the South West IPAC has all along identified as unique in GYB is now stressed by this well deserved honour.

By this , the political Lion of Kogi State has once again confirmed that the Youths are really in a very good stead to give true quality leadership in the Nigerian political space.
We in IPAC South West Chapter believe that if by any omission or commission , the APC fails to recognise the shouting need to make the very brilliant and youthful Governor Yahaya Bello , its CONSENSUS PRESIDENTIAL CANDIDATE IN 2023 , the South West IPAC assures APC that the opposition will be too happy to offer him the necessary platform .

Finally , on behalf of the entire IPAC South West Chapter , the Chairman Comrade Gentleman Arabambi and Secretary Prince Tolu Ajayi once again congratulate the high – flying and sky – bound political GOLD and Governor of Kogi State on the award of this well deserved honour. CONGRATULATIONS to your Excellency Sir