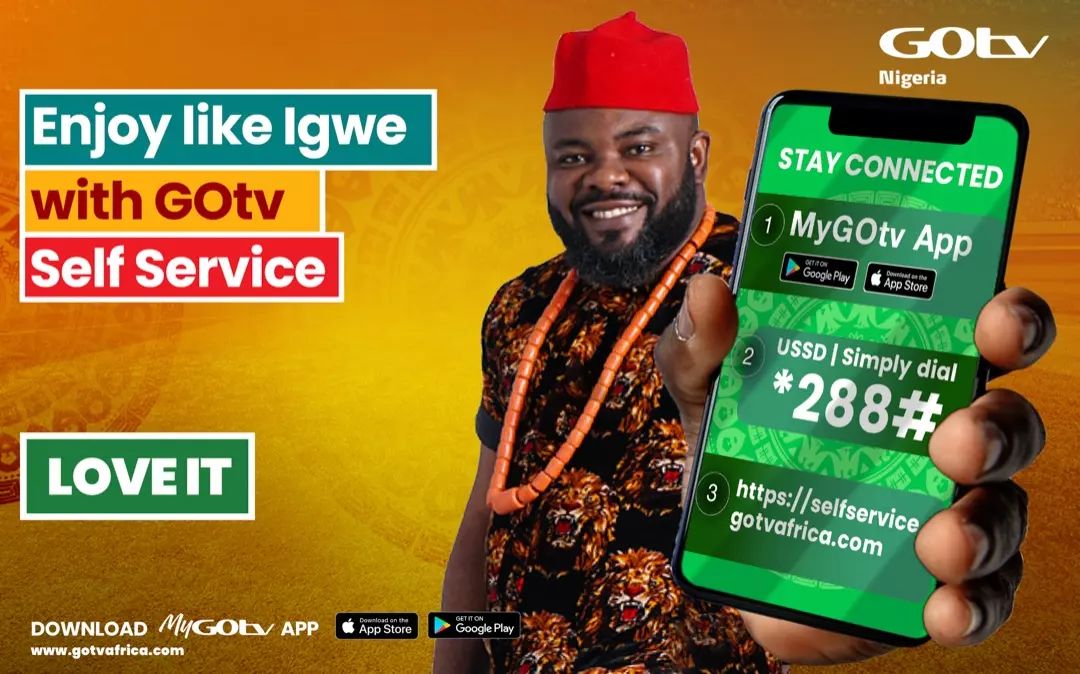 We all can admit that week one of November had a lot going on! Traffic obstruction was brought on by fuel scarcity, and commuters getting stranded as commercial bus drivers were on strike.

Finally, the weekend is here, and what better way to unwind, have fun, cut expenses, and enjoy family time, from the comfort of your home, than to stay glued to your television set for all your favourite programmes?

GOtv has a selection of exciting movies to cater to different preferences. All you need is some snacks and a chilled drink because it’s going to be movies back-to-back.

Here are our top selections for the weekend.

Top on the list is this Marvel comic action-hero flick, Venom. Good and evil walk a thin line in this thrilling action movie. While trying to take down Carlton, the CEO of Life Foundation, Eddie, a journalist, investigates experiments of human trials. Unwittingly, he gets merged with a symbiotic alien with lethal abilities who has evil tendencies. Will he be able to control his not-so-nice parasite? Venom airs on Friday 4th November at 7.05 pm on Studio Universal (channel 18) exclusive to GOtv SUPA.

Our next pick is a hilarious American action-comedy film directed by Susanna Fogel and co-written by Fogel and David Iserson. The spy who Dumped Me tells the story of Audrey and her best friend who are regular boring people. After Audrey discovers that her ex-boyfriend is a spy, they go on an adventure in order to stop a trophy from getting into the wrong hands. The spy who dumped me shows on Saturday 5th of November at 8.30 pm on Mnet Movie 4 (channel 4) on GOtv.

Lovers of epic action shouldn’t miss this. Kai leads a group of samurai on a mission to seek vengeance against Lord Kira after their master committed seppuku (the act of voluntary death for an offense) as an atonement. They find out that Lord Kira wrongly accused their master of injuring him and all hell is let loose. Watch 47 Ronin on Sunday 6th November at 6.00 pm on KIX (channel 19) exclusive to GOtv SUPA

The spy action continues into Sunday with Atomic Blonde. Atomic Blonde stars Lorraine Broughton, who works as a spy for MI6. Before the collapse of the Berlin wall, she is sent to retrieve a stolen list that contains the names of exceptional secret agents. Catch all the action on Sunday 6th November at 6.55 pm on Studio Universal (channel 18) exclusive to GOtv SUPA.

We also have something for lovers of local dramas. Bliss and Blisters shows the journey of three friends and how their decisions will eventually shape their future. Starring: Yvonne Jegede Fawole, Tana Egbo-Adelana, Uzor Arukwe, Georgina Ibeh, Chris Akwarandu. Bliss And Blisters airs on the 6th of November at 8.40 pm on ROK (channel 7) exclusive to GOtv SUPA.

Stay connected to unrivaled entertainment on GOtv. Download the GOtv app to subscribe or upgrade or set up Auto-Renewal to stay connected without interruptions. Customers can also dial *288# to recharge.