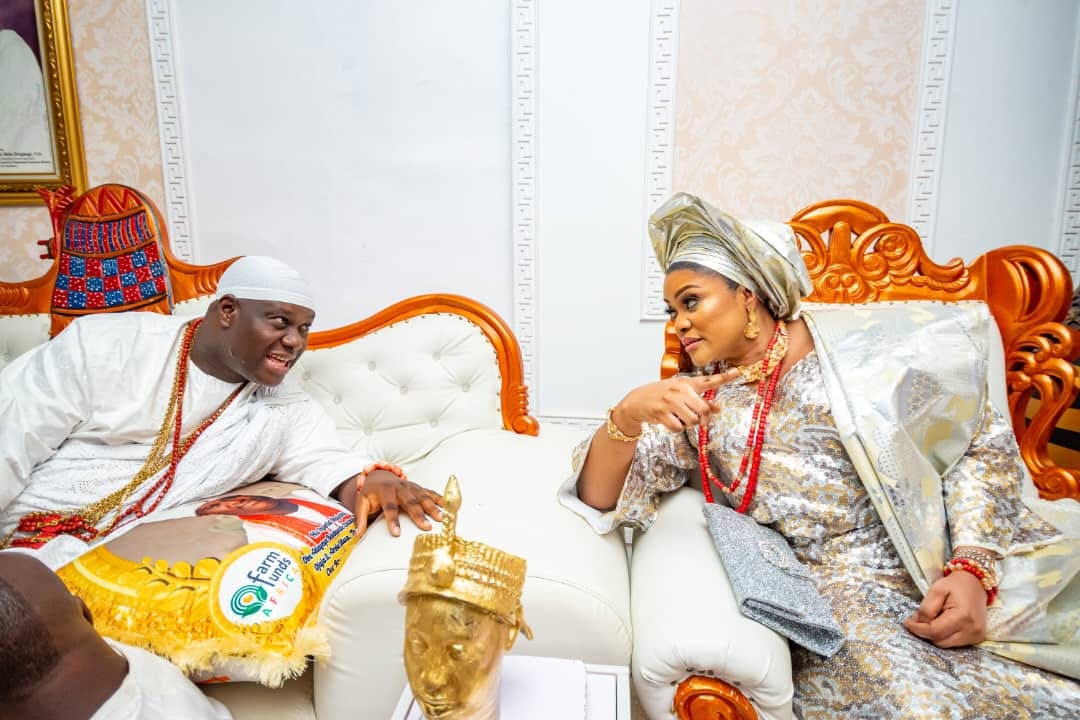 New reports claim that the Ooni of Ife, Oba Adeyeye Enitan Ogunwusi, Ojaja II, has concluded plans to take another bride as a second wife barely 24 hours after taking in a new bride, Mariam Anako.

Kemi FIlani recalls that the Ooni officially welcomed his new wife, Mariam Anako into the palace on Wednesday, September 7th, after the completion of their marital rites, and videos from the function went viral on social media.

It has now been gathered that a team of Chiefs from the Palace in Ile-Ife, Osun State, on Wednesday, visited the family of another bride-to-be, Dr. Elizabeth Opeoluwa Akinmuda, in the Magodo area of Lagos.

According to the report, sources close to the palace disclosed that Miss Akinmuda is a Scotland-based Electronic Data Processor and a native of Ondo City in Ondo State.

It will be recalled that before now, the monarch had at different times parted ways with two wives – Olori Zainab and Olori Naomi, respectively.

Meanwhile, we have found that the new Queen, Mariam Anako has been dating Oba Ogunwusi before he met Naomi in 2018.

“They have been dating for over seven years and everyone always wondered why they weren’t married all this while. But Mariam is very gentle, not the boisterous type, and a very submissive lady. Naturally, she wouldn’t argue with any of her friends, not to talk of her husband,” one of Mariam’s friends spilled.

Ooni’s bride, Mariam, is in her 30s. She is a top management executive (Administrative Manager) in Nestoil Limited; Nigeria’s largest indigenous Engineering, Procurement, Construction, and Commissioning (EPCC) Company in the oil and gas sector.

Mariam is from the prominent Anako family of Kogi State. Her mother, a retired police boss, is an active politician. Mariam lost her dad at a young age and was brought up in the home of the former IGP Mohammed Dikko Abubakar, who reigned as the boss of the Nigerian Police between (2012 to 2014). MD Abubakar, as he is known, is the in-law of Africa’s wealthiest man – Alhaji Aliko Dangote.

JUST IN: ‘’My Family Are Getting Threats, Abba Kyari Runs A Death Squad’’ – Hushpuppi Cries Out