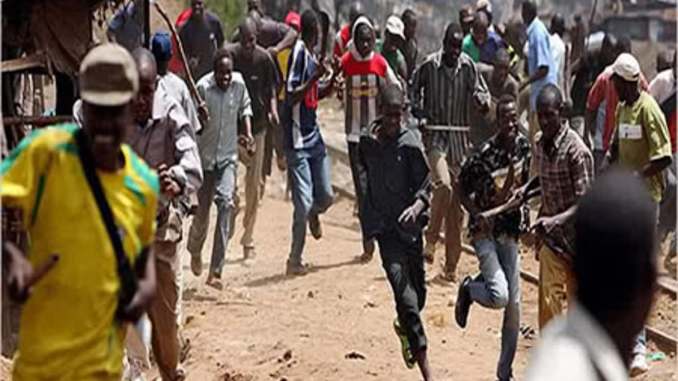 Four persons in Ikpanya community of Akwa Ibom have been declared missing following the incident even as many houses have been burnt down.

A source who pleaded anonymity told DAILY POST that the latest crisis resulted from repeated attacks allegedly launched by the people of Ugbo against their neighbours who went to cut palm fruits from the disputed land.

The clan head of Ikpanya community, Isaac Onosin, when contacted said the attack was unfortunate, adding that the piece of land has been a source of dispute between his community and the people of Ugbo in Arochukwu LGA.

According to the clan head, “Ikpanya shares boundaries with eight villages of Arochukwu in Abia State, but the perennial and incessant crisis is always with one village, that is the Ugbo people. And this always happens during every farming season.

“The people of Ugbo will attack our people as they go to farm. They will beat our women and chase them away, packing the palm fruits they labour to cut. These people have continued to trouble our people every year.

“On the 8th of this month, when my people went to cut palm fruit as I lifted ban on the cutting of palm fruits, the Ugbo people went and beat them, destroyed the palm fruits and carried some away.

“They arrested three boys and one girl and kept them in their village square, and I had to call the DPO in Ibiono, telling him what happened”

However, the police Public Relations Officer, Odiko Macdon, while confirming the incident said that information available revealed that only two persons were killed during the attack.

He said the state commissioner of police, Andrew Amiengheme, had dispatched officers and men to end the crisis, assuring that normalcy has since returned to the area.

Just In: FG Expose Sponsors Of Boko Haram, Reveal How They Operate From Overseas