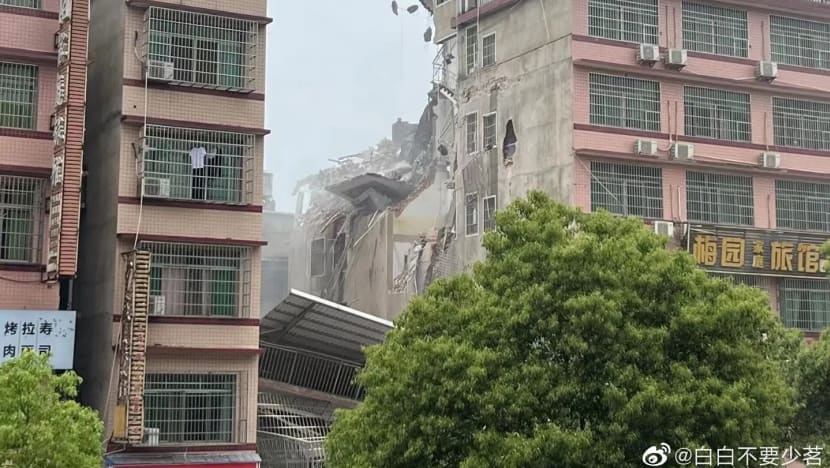 Dozens of people were trapped under a building that collapsed in central China, officials said Saturday, as rescuers clawed through the rubble and used buzzsaws to pull several survivors free.

The building, which housed a hotel, apartments, and cinema, caved in on Friday afternoon in Changsha city, Hunan province.

At least 23 people remained trapped late Saturday, while 39 others were uncontactable after the incident, the mayor of Changsha mayor told reporters.

“The situation of the missing persons is being further assessed,” mayor Zheng Jianxin said, as rescue workers in orange hard hats swarmed the scene.

No casualties have been reported so far and city authorities said five people were rescued from the collapsed structure overnight.

Officials also confirmed the building was eight storeys high, correcting earlier reports that it was six.

State media showed firefighters cutting through a morass of metal and concrete slabs, while rescuers shouted into the tower of debris to communicate with survivors.

Some of the injured were rushed on gurneys through a narrow alleyway, while sniffer dogs combed the area for further signs of life.

There was no immediate cause for the disaster given by authorities, although speculation turned to possible overwork on the property.

“Tenants had made structural changes to the premises to varying degrees,” CCTV said, adding that the reason for the collapse was under investigation.

President Xi Jinping has called for a search for victims “at all cost,” state media reported, adding he had ordered a thorough investigation into the cause of the collapse.

A top Communist Party official was earlier dispatched to the scene — an indication of the severity of the disaster.

State Councillor Wang Yong — appointed by the central government — was sent to lead a team to “guide the rescue and emergency response work”, an official statement said Saturday.