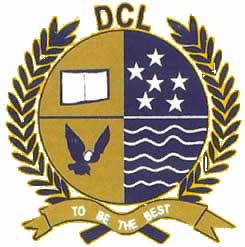 He had looked forward with great expectation to celebrating  his 12 years  birthday, come December 4,2021,  with his friends in school.

Unfortunately, when the day came, it was portraits and memories of him that were ‘celebrated’, in grief, by his  parents , siblings and loved ones in Warri, Delta State.

Perhaps,  the reverse would have been the case had late Sylvester Oromoni , not been a victim of bullying.

Before he passed on, he narrated, amidst  excruciating pains, how he was beaten by some senior students of Dowen  College, Lekki, Lagos, for refusing to join a  cult group.

Although the school had refutted the claim, stating rather that late Sylvester , a boarder, fell while playing football with his friends.

But fresh facts  on how senior students of the college had allegedly been engaged in the act of bullying for long have emerged following startling accounts by some former female pupils of Dowen of what they did to protect thier siblings, especially boys ,  from being bullied.

One of them who simply gave her name as Pat, told Saturday Vanguard  that she had  resorted to having a relationship  with a Senior Secondary 3 student in 2017,  to spare  her brother, a Junior Secondary school 2 border,  the horror of bullying.

Pat, who graduated from the college in 2018, said, “ late Sylvester’s case isn’t the first case of bullying in Dowen’s college. It has been ongoing . I suspect his was taken to the extreme.

“I was forced to go into relationship with  one SSS 3 boy who was a bully in 2017,. This was because he always picked on my brother who was in JSS 2.

He asked me out when I was in SSS 1 . I told him I would give it a thought . When he saw I was not forthcoming , he started bullying my brother who just came in.  It got worse when he was in JSS 2. I had to give in,  to  save my brother the beating.

To confirm her claim, she put a call across to one of her former  classmates, who is the University of Benin, Edo State, studying Law and jokingly asked her to share her experience with bullies back in Dowen college..

Without hesitation, the girl on the other end said, “ it was God that saved our brothers o, you know now”

.When told to explain further to this reporter, the lady’s voice at  the other end dropped , in shock. She said, “ You should have told me I was being interviewed by a journalist. Please don’t disclose my identity to her o. I repeat, you don’t have any permission to do so.

After much persuasion , coupled with a promise not to mention her name in print, the undergraduate  said, “ for me, I bought  expensive cloths and perfumes for one particular senior then. The first time he hit my brother who was in JSS 1 , I couldn’t challenge him because other senior students would gang up against me if I did. That had  been the norm. The second time , he slammed my brother’s head against the wall . That caused him to fall sick and he was going in and out of the sick bay for three days.

I summond courage one afternoon and approached him. I begged him to stop bullying my brother that he was my parents’  only son .  He said I must get him a perfume first, before he would consider my plea. I did . And all through  SS 2 ,I kept buying him perfumes and shirts  until he graduated.

The school was never aware such things were going on. And woe betide whoever went to report any case of bullying. It would be better for the child to leave the school.

But when I got to SSS 3, I defended some Junior students against bullying. The strategy I used was to make them my school children.

“Victims  of bullying could easily be identified among thier peers. They were usually withdrawn and live in fear. They jostle at the slightest noise.

These and other signs are what management of schools and parents should look out for”, she said.

Activist Backs Out Of Kano Protests After DSS’s Invitation