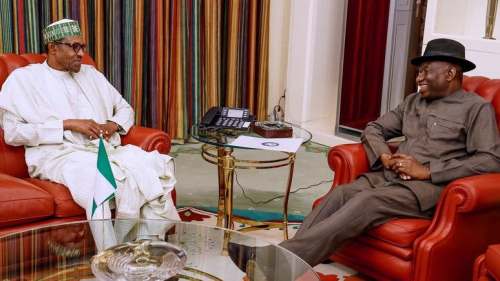 Former President Goodluck Jonathan has cast further aspersions on the regime of President Muhammadu Buhari, saying nepotism in appointing individuals into key government positions never existed during his tenure though his administration was riddled with corruption.

During a one-day visit to the Emir of Bauchi’s palace on Tuesday, Mr Jonathan, who served as the president between 2010 and 2015, made this claim on Tuesday, Tribune reported.

He stated that Nigeria has a tradition of “you must know someone” before appointing individuals into “juicy” positions.

“Jonathan’s administration displayed a lack of political will, a high degree of lethargy and cluelessness in the fight against corruption in the face of many corrupt practices frequently reported against government officials,” said Ogbewere Ijewereme in his ‘Anatomy of Corruption in the Nigerian Public Sector: Theoretical Perspectives and Some Empirical Explanations.’

“Yes, I did not know him when I met him and made him the FCT Minister,” Mr Jonathan said.

“In Nigeria, we have this tradition where some people feel that some ministries are big and juicy and must be given to a special person or that you have to know someone before you give him a responsibility role or put him somewhere,” the ex-president added.

He claimed that as a president, he did not do that.

“It is not like that with me. It is not my way of doing things,” Mr Jonathan insisted.

He stressed that Mr Mohammed while serving as the FCT minister, “worked with commitment.”

The former president stated further, “I gave him a free hand to run the affairs of the FCT. I’ve come to visit him and to commission a project and a road that was even named after me.”

Earlier, the Bauchi governor, while introducing the former president, said, “I don’t have anything in common with him other than the stake of nationalism and Nigerianness.”

Speaking further, Mr Mohammed confirmed Mr Jonathan’s words, “He made me the minister of the FCT without knowing me or belonging to the same political party. He has really impacted so much. He gave me responsibility, and by so doing, he has proven that he is a detribalised Nigerian.”

In 2015, Mr Jonathan lost his reelection bid to Mr Buhari.