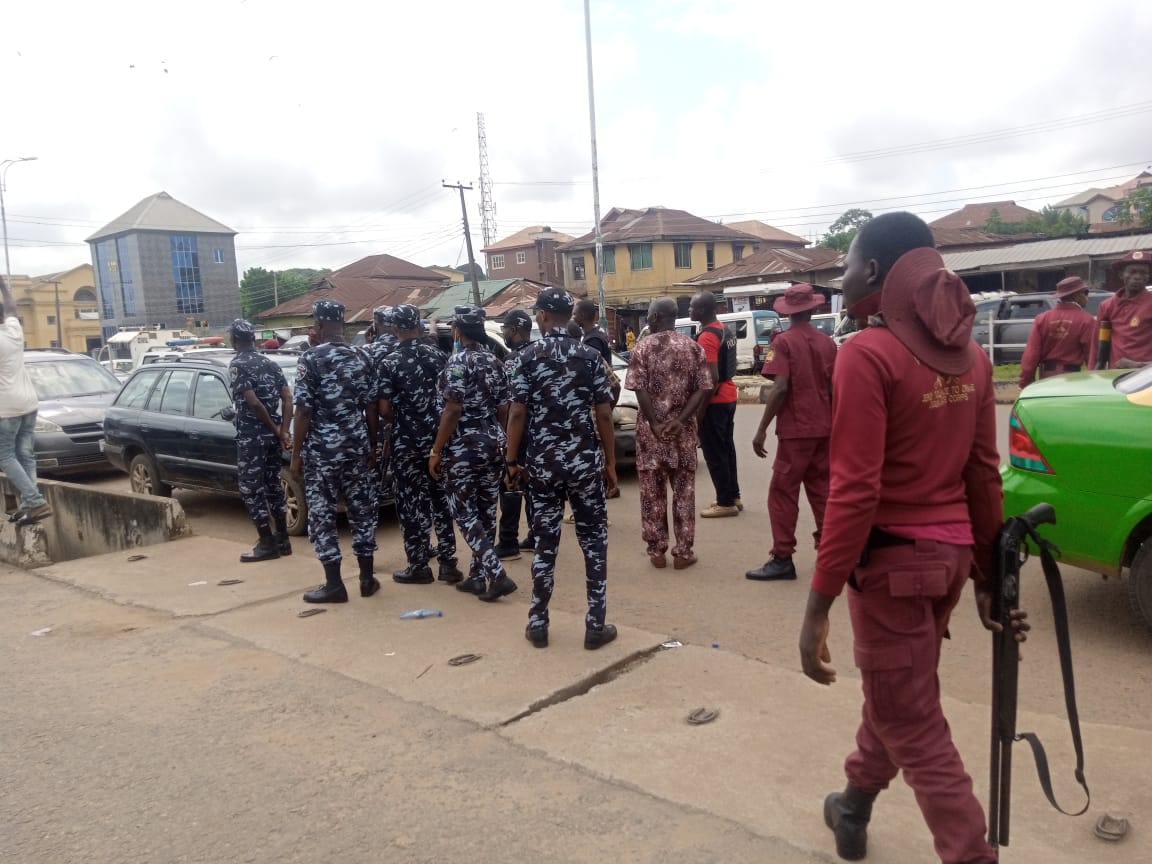 There was tension at the palace of Oba Adedotun Aremu Gbadebo, Alake of Egbaland, on Saturday, when gunmen stormed the venue of the ongoing state congress of the All Progressives Congress (APC).

A faction of the APC in the state had rented the event centre inside the palace in Abeokuta, capital of the state, as venue of its congress.

According to reports, two factions are preparing for parallel congresses. The factions are led by Governor Dapo Abiodun and Senator Ibikunle Amosun, his predecessor.

However, shortly before the exercise commenced, gunmen broke into the venue, which was being used by the faction loyal to Amosun.

Hundreds of persons, including security operatives, scampered for safety amid the pandemonium.

The crowd of party supporters later threw stones at the hoodlums who later fled the scene.

Apparently aggrieved that the security agents, including Police, NSCDC operatives, did not resist the hoodlums, the APC members, mostly youths, charged towards the security men and chased them away.

However, the security personnel, who ran momentarily, turned against the aggrieved youths, shooting into the air to resist further attacks.

The police had on Friday warned against political thuggery and violence ahead of the congresses.

The factions battling for the soul of the ruling party have now concluded plans to also hold separate congresses to elect the state executive members of the APC.

Amosun group had picked the Ake palace ground, Abeokuta as venue of its congress, while Abiodun’s faction is holding its congress at main bowl of the MKO Abiodun stadium, Kuto, Abeokuta.