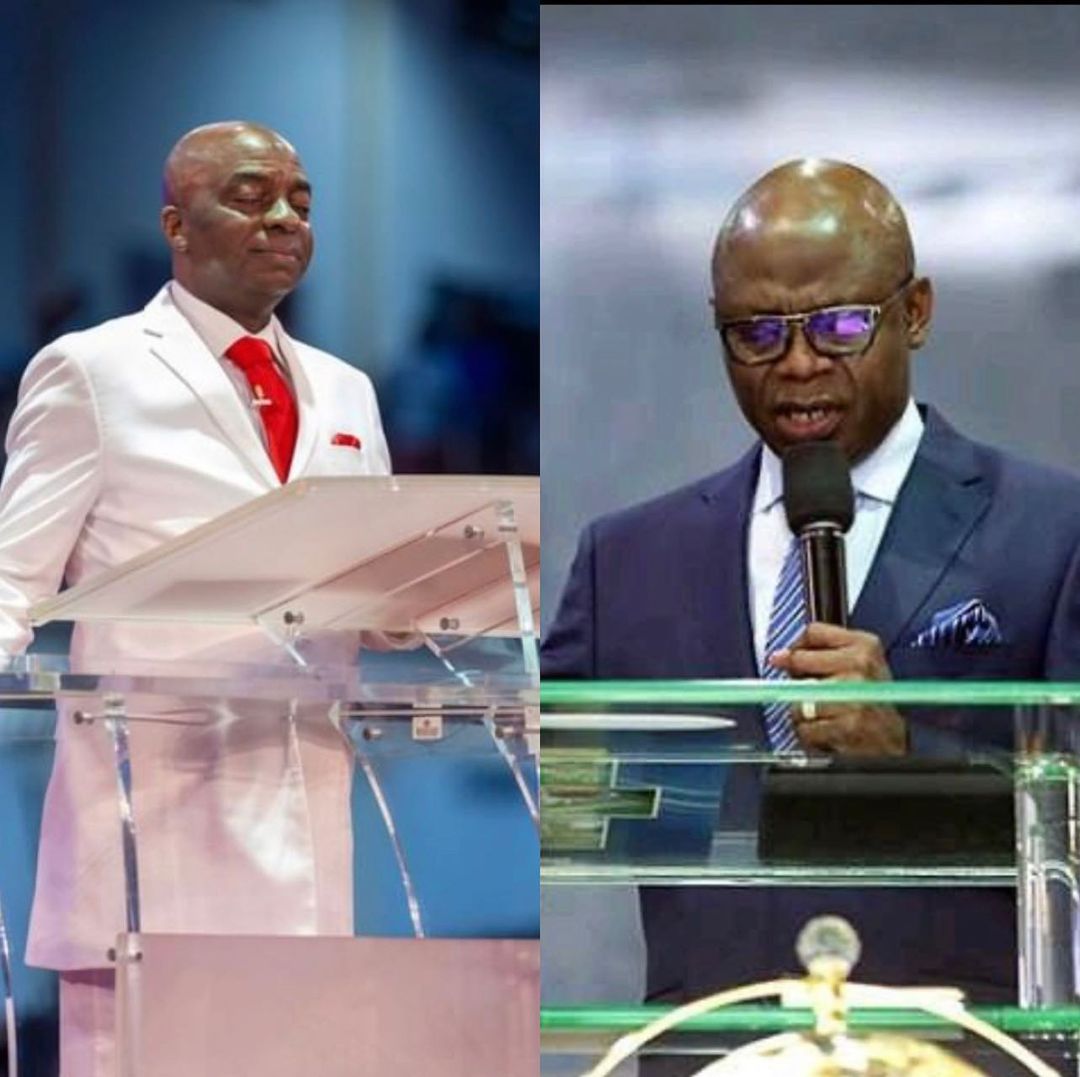 The founder of Citadel Global Community Church (formerly Latter Rain Assembly), Tunde Bakare, has said he is no enemy of David Oyedepo, the founder of Winners’ Chapel, although they share different doctrines and beliefs.

Mr Bakare said this on Saturday during a TVC programme with Sam Omatseye tagged ‘The Big Talk’.

A former vice presidential candidate, Mr Bakara spoke about his relationship with fellow Pentecostal pastors in the country.

“Oyedepo and I are contemporaries. We were born in the same year,” he said.

“Oyedepo was born in August, 1954, and I was born in September. We are contemporaries, God has really blessed him and used him.

“We have differences in doctrines, what we believe, but that does not make us enemies,” he said.

Mr Bakare said he and Mr Oyedepo were on a plane one time and another brother was coming over to greet him, but on seeing them together, he froze.

“There is (a) difference between issues and persons. We can defend the gospel but those who do not and destroy it will die before their time. I have nothing personal against any man of God but I will always defend the truth that I know and I will always make it plain.”

When asked whether the incident was before Mr Oyedepo acquired his private jet, Mr Bakare said he doesn’t know why the clergyman makes so much noise about his private jet.

“By the way, when he makes noise about his private jet of a thing, do you know that I once acquired a 1707 with the logo of our church on it? Are you aware of that? But we use it for business. I don’t buy a plane to be spending money on it, that I can jump quickly on another and pay little money to where I’m going.

“We can afford it; we are not envious of them at all,” he added.

“It is only bastards that use (the) left hand to point to the house of his father,” he said.

Mr Bakare also said he was at Deeper Life Church for about five years before he went to the Redeemed Church.

“I don’t call those men my colleagues. They are my fathers,” he said, speaking of Mr Adeboye and William Kumuyi of the Deeper Life Bible Church.

Speaking on his differences with Mr Oyedepo, Mr Bakare said the gospel and truth is one but when someone “begins to twist the truth to make it funny,” he will speak out.

“It is a true friend that speaks true to his friend. Mantras will die before their time.

“When you speak truth, eventually when the truth begins to rule, there will be no element of falsehood,” he said.

Mr Bakare also referenced an incident where he tore a book written by Mr Oyedepo in the open and when he was confronted, he said the book was full of errors.

Mr Bakare also talked about politics in Nigeria, corruption and other national matters.

He said Nigeria cannot stem the tide of corruption until the sons emerge and to tell churches not to do what they are doing, is calling for a blackout.

The clergyman said there are different types of churches including the compromising church, the corrupt church and the lukewarm church, but it is important not to confuse the crowd with the church.

He added that he is not a controversial pastor and the controversies are not by him but engineered by God.

Primate Ayodele Shines Again As His Prophecy On C. Ronaldo Comes To Pass