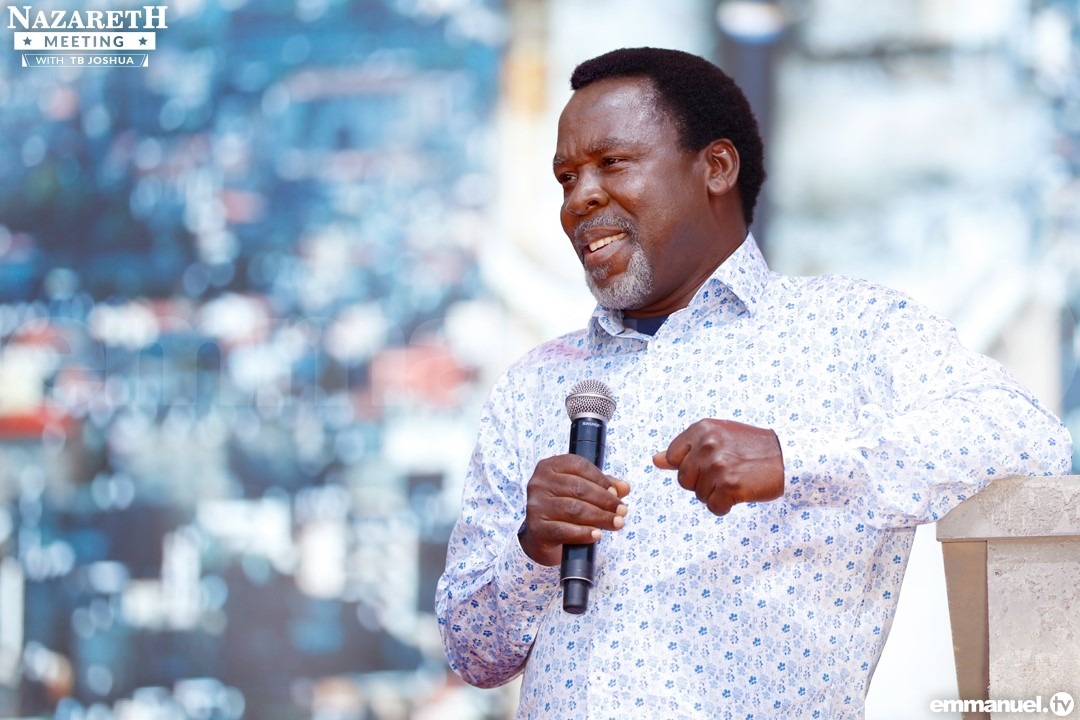 TRIXX NG reports that the synagogue church of all nations have exposed plans of some mischief makers to drench the ministry of Prophet TB Joshua in serious crisis by attacking the church with publications in the media.

This started with some publications that referred to Prophet TB Joshua’s interview saying his family members will not take over from him as the general overseer of the church.

In a response sent from the ministry, it was noted that the publication was from mischief makers and that the church legally belongs to the immediate family of the late prophet.

THERE IS NO SUCCESSION TUSSLE AT THE SCOAN

There has been a spate of rumours and sponsored articles making the rounds since the demise of the founder of The Synagogue, Church of All Nations, Prophet T.B. Joshua, that the ministry is engulfed in a succession tussle purportedly between his wife, Mrs. Evelyn Joshua and some ministry personnel that worked with her late husband.

Of some interesting note on this is the sponsored write-up in the Thisday newspapers of Sunday, June 13, 2021 in which it was stated that the late Prophet had said he was not extending his calling to his wife, Mrs. Evelyn Joshua. This sequence of events clearly points to an attempt by some mischief makers to draw the ministry into unnecessary controversies.

Mrs. Evelyn Joshua is in a mourning mood, following the burial of her late husband on Friday 9 July, 2021 and as a responsible wife and mother, the least favour she deserves from these individuals and groups is to respect the family’s privacy at these trying times. Rather than fan the embers of strife and animosity, she calls for support in her commitment to  preserving the legacies of her late husband.

It should be recalled that over the 31 years she was married to the late Prophet, she was not known to be a meddlesome and domineering woman. Instead, she preferred to support her husband and the ministry from behind without exhibiting any selfish instincts, though she had all the rights to do so.

As the legally married wife of the late Prophet, Mrs. Evelyn Joshua cannot be in contention whatsoever with any person or group of persons over her late husband’s interests. Every member of The SCOAN, including the disciples and Emmanuel TV partners, should see themselves as members of the larger Synagogue family who have a stake to play in carrying on with the mandate of God upon the Church. Mrs. Evelyn Joshua is an extension of her late husband, according to the Word of God. (Genesis 2:24). We acknowledge the rightful expectation of the members of the Synagogue Church family and the ever-supportive Emmanuel TV partners to know the next direction of the Church. We must however, be thorough as leadership is ordained of God, irrespective of whatever class they emerge from, and leaders must possess not just charisma but the right qualities, especially the strength of character. The general public is hereby urged to disregard all media reports insinuating that elders of the church have rejected Mrs. Evelyn Joshua as the new leader of the church. The Church does not have elders in her structure, and no meeting on succession has ever been held. Be informed that at the appropriate time, and according to the will of God, the new leadership of the ministry shall be made known to all. For now, Mrs. Evelyn Joshua is coordinating the team handling the affairs of the Church. Meanwhile, the Church has already made an official statement, refuting the claims of the said publication through her official Facebook page: https://www.facebook.com/103470916440360/posts/4427881397332602/?d=n

Femi Adesina And His Campaign Of Calumny Against Primate Elijah Ayodele