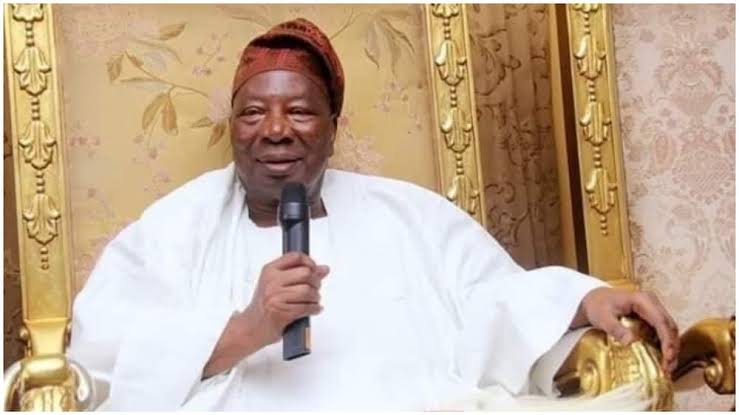 The family of the late Soun of Ogbomoso, Oba Oladunni Oyewumi has been thrown into mourning following the death of the monarch’s eldest daughter.

Trixx NG recalls Oba Oyewumi died on December 12 at the age of 95 while the first daughter of the late monarch, Prof Taibat Danmole, died on Saturday, January 8 at the age of 71.

Sources within the palace told The PUNCH on Sunday that Danmole had been ill for sometime before she breathed her last on Saturday 28, days after her monarch father joined his ancestors.

One of them said, “Baba’ first daughter died yesterday. She has been sick for sometime and it happened yesterday. We just pray that God will spare the lives of those of us remaining.”

Danmole, who was born on March 19, 1951, it was gathered, would be buried on Sunday afternoon in Ilorin, the Kwara State capital.

The deceased, who was said to be a professor of education was married to another university don, Prof. Hakeem Danmole, who is the Dean College of Humanities and Social Sciences at the Al-Hikmah University, Ilorin.

She was Commissioner for Education in Oyo State from 1997-1998. She was member, Visitation Panel to The Polytechnic, Ibadan in 2011.

She was also a resource person, Coordinator and Independent Assessor to the National Teacher Institute.

The late Danmole was said to have been a lecturer at the University of Ilorin before she transferred her service to the Lagos State University where she retired.

She was said to have relocated to Ilorin where she joined her husband at Al- Hikmah University.