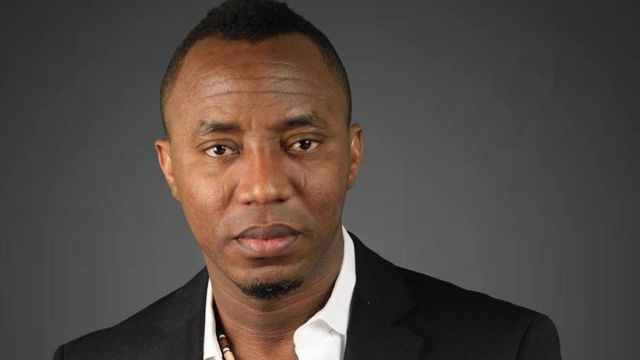 TRIXX NG reports that popular activist, Omoyele Sowore has spoken after a police officer shot him in Abuja this morning.

The news was first shared by his fellow comrade, Adeyanju Adedeji, and now Sowore himself has given update on the issue.

He confirmed the gunshot and revealed the bullet wound on his twitter page. He also named the officer as Altini, who according to Adeyanju is a known face.

Just been shit by a police officer, ACP Atine at the Unity Fountain in Abuja. #RevolutionNow Let the struggle continue even if they take my life! #BuhariMustGo pic.twitter.com/c9ui2UutXO