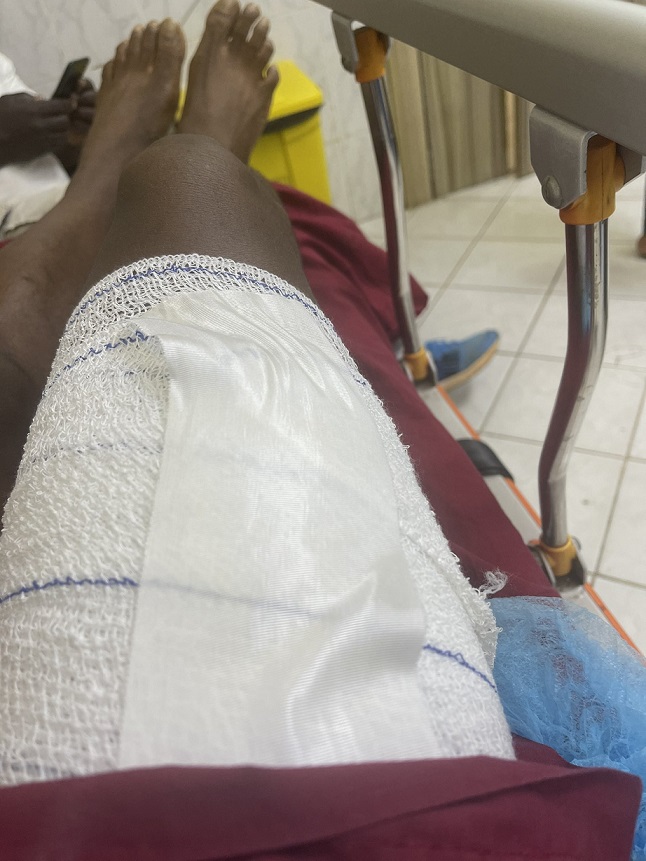 TRIXX NG reports that the convener of #RevolutionNow, Omoyele Sowore has spoken again on the incident that happened to him today which led to him being shot.

Sowore had embarked on a peaceful protest in Abuja when news making rounds had it that he has been shot. Though the police have debunked this statement, but Sowore has maintained that he was truly shot.

To back up his claims, He gave details of what the gun looked like in a tweet he made some minutes ago.

Several reports has also claimed Sowore was only attacked with a tear gas.

@policeng CSP Hyderia Atine Daniels arrived at a peaceful protest came straight for me and shot me on the right thigh with a 37mm projectile from a Federal Riot Gun (FRG), they want to instil fear in those of us opposed to the criminal government of @MBuhari. #nogoingback. pic.twitter.com/KHg2zlMJdy