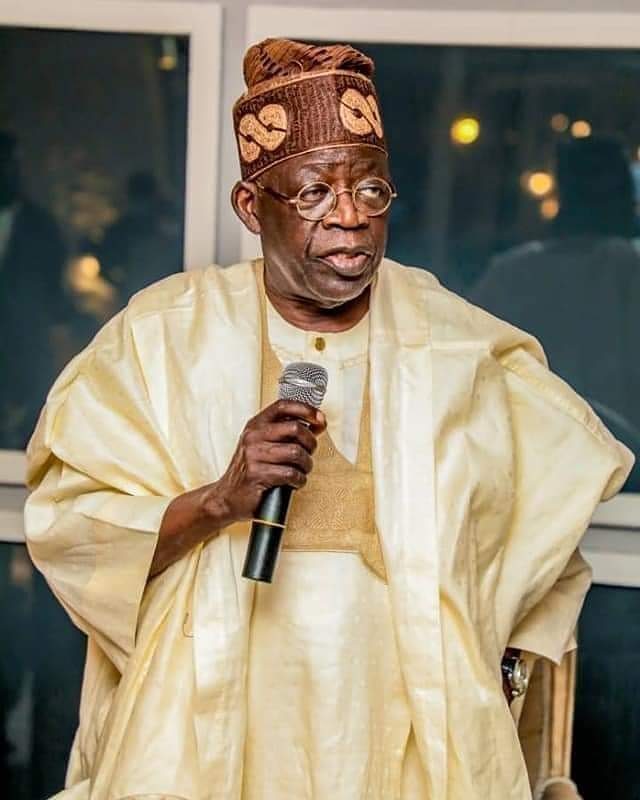 After much backlash after his statement on the recruitment of  50 Million youths into the Nigerian army, the national leader of the APC, Bola Ahmed Tinubu has withdrawn his statement and apologized, while describing it as an error.

He made this statement while advocating for national employment and giving an inference for a security policy that could stem the tides of insurgency, Tinubu asked the Federal Government to recruit 50 million youths into the Nigerian Army.

Addressing guests on Monday at the 12th colloquium organised in his honour, the Asiwaju stated that the recruitment move will help restore peace within troubled regions and stop miscreants from recruiting young people to do their biddings.

The former Senator has however stated on Tuesday that contrary to comments made at the colloquium in Kano where his 69th birthday was celebrated, his intended recommendation was to have fifty thousand (50,000) youths recruited into various national security agencies, including the Nigeria Police Force and the Nigerian Army.

“Asiwaju seeks the expansion of security personnel by 50,000 for the armed forces, not the N50 million that was mentioned in error. It was an accidental verbal mistake of which we all commit from time to time especially when reciting a series of large numerical figures.

“He did not mean N50 million, which is almost a quarter of our total population.
The crucial matter is that Asiwaju rightly observed that such strong recruitment would serve the twin-purpose of helping to tackle unemployment while at the same time enhancing the security of every Nigerian.

“Please forgive any confusion due to this innocent error. The most vital thing is that he set forth a wise and timely approach that would help us face two of today’s stiffest challenges.

“It is in the spirit that we hope you view and assess his proposal for it seeks to provide a way for more youths to participate in building a greater, safer and more prosperous country,” a communique by Tinubu’s media aide Tunde Rahman, read.

It further noted that the APC stalwart canvassed the urgent need to combine employment and national security policy by the recruitment of 5 million youths in all aspects of nation-building, ranging from infrastructural development to agricultural modernization.

The statement also adds that the APC national leader believes the more job opportunities are presented to youths, the less some of them will be tempted to delve into illegal and dangerous activities.

As part of this overall approach, Tinubu believes that eligible youths should be recruited into the armed forces, police and other security agencies to augment the functional capacity of Nigeria’s security apparatus, thus ensuring the better security and safety of the people.

The 12th Bola Tinubu Colloquium marking Asiwaju Bola Tinubu’s birthday was a well-attended event that focused on the important theme of national cohesion during these challenging times.

This was the first time the colloquium was held in the ancient and important city of Kano.

According to the APC Chieftain, the choice of venue was most appropriate given the theme and the underlying objective of highlighting the oneness of the country and the need for unity so that Nigeria may attain its best destiny.

Maureen Badejo Slammed In The UK With 960,000 Pound Suit!