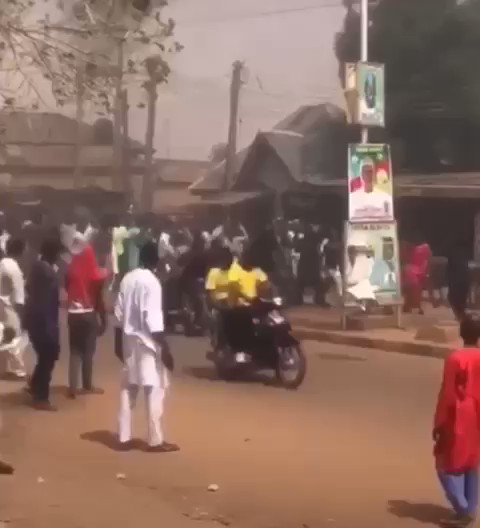 TRIXX NG reports a violent protest around the Sultanate palace and environs in Sokoto State in the early hours of Saturday by youths over police arrest of suspects involved in the killing of a female student over alleged blasphemy.

The school has been shut down indefinitely over the crisis.

Violent Protest reported around Sultanate palace and environs in Sokoto State at about 1145hrs by youths protesting the arrest of some students connected to the grievous act conducted to the person of Deborah Samuel few days ago, Causalities have been recorded pic.twitter.com/CrKT6PASBZ