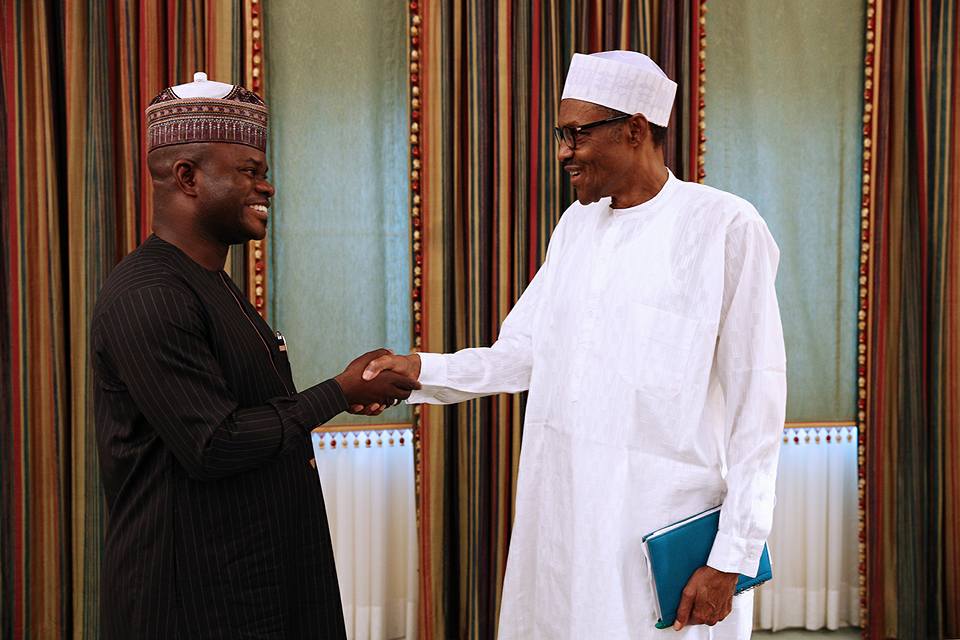 The governor of Kogi state, Yahaya Bello has revealed that there are several things happening in the country that is caused by those close to the seat of power.

He revealed this when making it known that some people close to the seat of power attacked him for intervening in the food blockade saga by the northern traders to the south.

He exposed that most of the people drawing Nigeria back are in Aso rock and are close to the seat of power.

“It will interest you that after the resolution and taking the report to Mr. President yesterday, two uninformed — one of them is my colleague and the second one is an uninformed person but unfortunately in the seat of power or close to the seat of power — challenged me that why did I resolve the issue,” Bello said.

Why did I resolve the matter? That I should have allowed it so that whatever belongs to the youths of the south, let it suffer, not minding the resultant effects on the country. This is what we have been facing in Nigeria. I am just telling you one of all over 100 million things I know which you even in Abuja don’t know.

And this is what is holding us back. So, if we are having such persons as leaders in this country, then we are doomed. The traders had protested and written from the lowest authority to the highest, no action was taken. And the next action was to go on strike from #EndSARS time up till this moment. Before #EndSARS, there were a lot of extortions on both sides while transporting these goods by law enforcement agents or touts.

No response was coming from the villa. The law enforcement agencies were not responding; the traditional rulers were not saying anything and even we governors were not saying anything. Even at our forum, local governments, religious bodies, national assembly and everywhere, they turned to seemed to show less concern. These guys had downed tools. Excess foods in the north were getting rotten but none in the south. The situation got to the extent that a cow that should cost N150,000 to N200,000 was going for as much as N700,000, N800,000 and N1 million within six days. Tomatoes of just about N20 rose to N100 and above.

Somebody just quickly drew my attention to it that Nigeria was heading towards catastrophe and I should do something. While I invited them and we were interacting, I received a call from the presidential villa that I should quickly go into the matter. As the youngest governor, as a gateway state, they said I should do everything to move into the matter. Then I moved into the matter and, God willing, the strike was called off.”he said