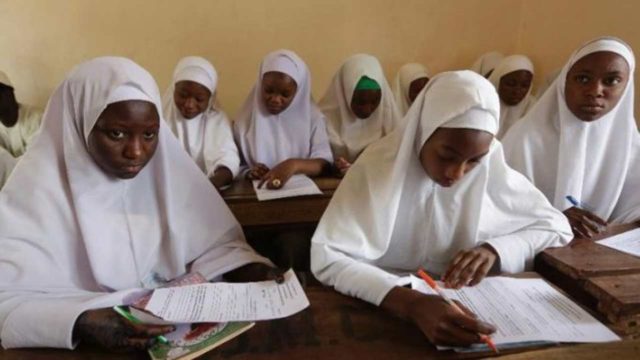 Kwara State Government has directed the immediate closure of 10 secondary schools in Ilorin, the state capital, pending resolution of the hijaab crisis in the schools.

A statement signed by the Permanent Secretary, Ministry of Education and Human Capital Development, Mrs Kemi Adeosun, said that the schools would remain closed until there is a resolution on the use of hijab.

The statement said that the closure comes as a government committee comprising representatives of the Muslim and Christian communities meets today to iron out the differences between the two communities.

It said that further communication will be issued to inform members of the public of the development.

“Government calls for calm and urges parents and religious leaders to avoid actions or comments that may further split the two communities”, the statement said.

Kwara State Government on Thursday after a Marathon meeting set up an Independent Committee to recommend solutions to resolve the agitation for wearing of Hijab by Muslim female students, who are attending public schools owned by people of another faith.

The Committee chaired by the Deputy Governor, Mr Kayode Alabi, has its members to include two thought leaders/statesmen from the two sides; three religious leaders from the two sides; Senator Suleiman Ajadi; Prince Sunday Fagbemi; Permanent Secretary of the Ministry of Justice; Permanent Secretary of the Ministry of Education; Special Assistants to the Governor on Religion (Islam and Christianity); and the Chief Press Secretary to the Governor.

Recall that Muslim stakeholders, including Muslim youth and women organisations, at a press conference on Wednesday called on the state government to prevail on former owners of public schools in the state to allow female Muslim students to wear hijab on their uniform.

The Muslim community said that since the state government had taken over such schools, the former missionary owners do no longer have control over the schools.