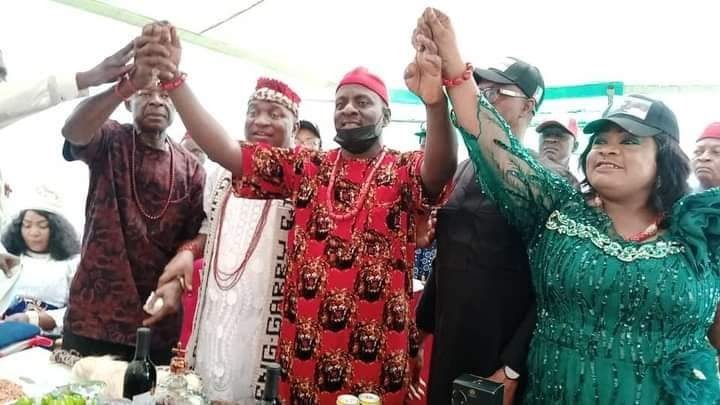 After several consultation over crisis rocking All Progressive Congress, The Lagos State Government Advisory council as proven to be fully in charge of all activities in Lagos State in order for things to go smoothly, they Swing into action over alleged certificate scandal of some candidates who submitted fake results ahead of the fourth coming local government elections.

According to information gathered by NEWSEXTRA the GAC has returned Apapa local government chairmanship mandate to honorable Owolabi Adele, after several deliberations from the elders sequel to their investigation. They have declared the present chairman as the candidate in APC.

However the supporters of honorable Adele have been in a joyful mood since the good news broke as evidenced in the heavy jubilation around Apapa environs.

Adele commends the leadership of APC, most expecially the GAC for their quick intervention over the alleged certificate Scandal and rigging, saying, thougly i won the primaries but the mandate was given to my Vice Chairman, Thank God elders have intervened, I will Urge my fans and supporters to come out emass on Saturday to vote for Adele as apapa local government chairman.

Adele stressed his kind gesture to the number one leader of the Party, Asiwaju Ahmed Bola Tinubu for playing a fatherly role throughout the investigation.