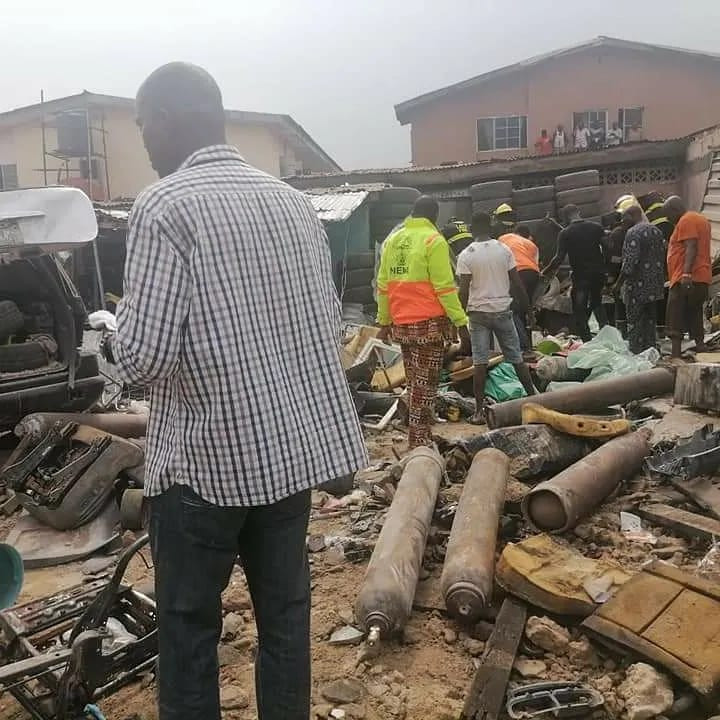 The Lagos State Emergency Management Agency (LASEMA) has revealed the cause of the gas explosion at Ladipo area of Lagos state on Tuesday morning which led to the death of three adults male.

According to LASEMA, gas ignited and exploded on an open land with shanties and shops where gas cylinders were stacked.

In a statement titled ‘LASEMA battles Ladipo Mushin Gas explosion,’ which was released by LASEMA on its official page on Facebook, the Agency said it has deployed its Response Team, Eagle Squad at Cappa to contain the situation.

It also said the fire from the explosion has been put under control by the Lagos State Fire and Rescue Service and also the Lagos Neighbourhood Safety Corps.

The statement read, “The Agency’s Response Team, Eagle Squad at Cappa have been deployed to a fire outbreak at Ojekunke Street, Ladipo Mushin today, Tuesday, 16th 2021.

“On getting to the scene, the Response Team discovered an open land with shanties and shops where gas cylinders are stacked.

“Further investigation revealed that the gas ignited and exploded.

“However, the Agency’s Team and its Fire Unit and Lagos State Fire & Rescue Service and Lagos Neighbourhood Safety Corps, “LNSC, have been able to put the fire under control and the firemen are blanketing the affected area.

“Unfortunately, three male adults have lost their lives to the incident.