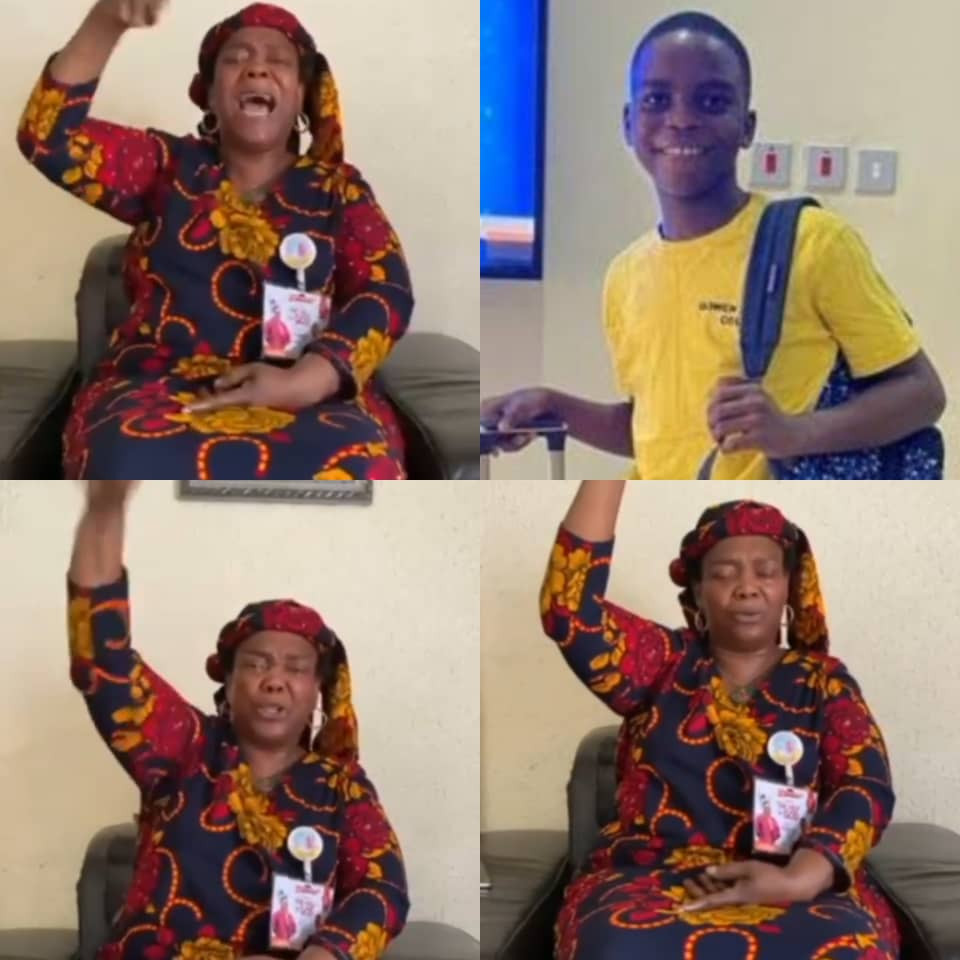 Mrs Oromoni, mother of late Sylvester Oromoni, the 11-year-old student of Dowen college has cried out to God to avenge the death of her son.

This is coming hours after the Lagos state government exonerated the five pupils and teachers arrested over Sylvester’s death.

The state’s Director of Public Prosecution in a letter written to the police and the court trying the case said the autopsy result did not prove that Sylvester was murdered.

The DPP also stated that the toxicology result did not find any harmful substance in late Oromoni’s body.

Amid this, the downhearted mother of the 12-year-old lost her composure in the now viral video, as she lays curses on those responsible for her son’s death.

The devastated mum said everyone celebrated Christmas and New Year but she did not celebrate with her son.

Her words: ”This battle that is on ground is of the lord. Everlasting living God, the creator of heaven and earth, the beginning and the end, the first and the last, the owner of the whole planet, the God who created the whole universe will surely avenge the death of my son, Sylvester Oromoni jnr.

“If they breath the air in, Baba God, may your wrath fall on them.”

Watch the heartbreaking video below.