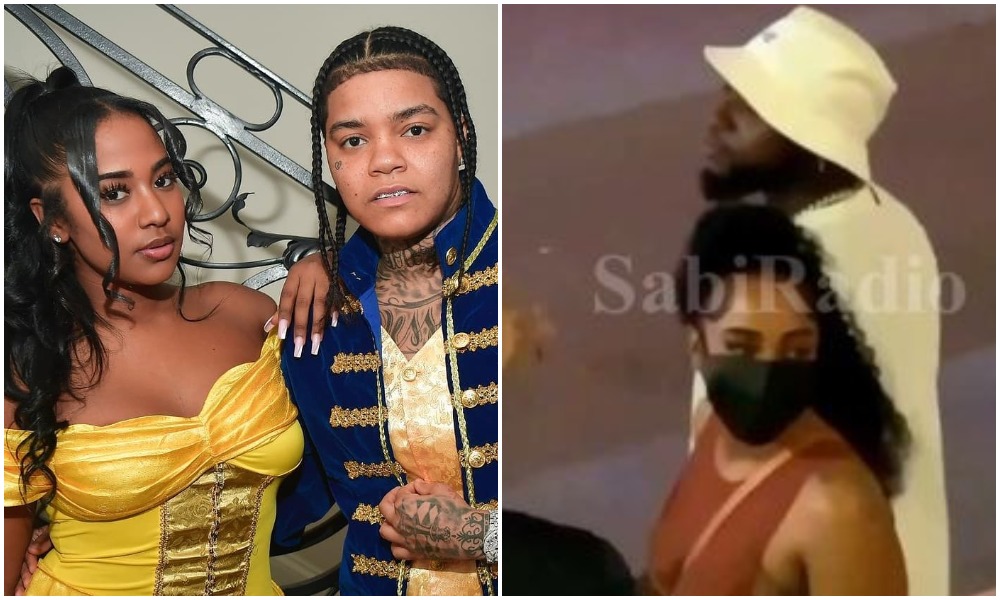 TRIXX NG reports that the Ex-girlfriend of Davido’s new rumoured lover, Mya Yafai has spoken about their relationship.

The former partner, Young M.A, who is an American rapper spoke about it during a live session on instagram yesterday

Young M.A was asked by an overzealous fan about the video of her ex- and Davido. The New York rapper, 28, who appeared unbothered, responded by saying she doesn’t care about that’ and won’t blame her ex-girlfriend over her decision, but advised her to get the ‘bag’ (money).

Davido and the Atlanta-based Instagram model sparked relationship rumours over the weekend after they were spotted holding hands as they stepped out together for an event in St.Maarten.

BREAKING! The Name Of Bandits Leader In Zamfara Kidnap Revealed