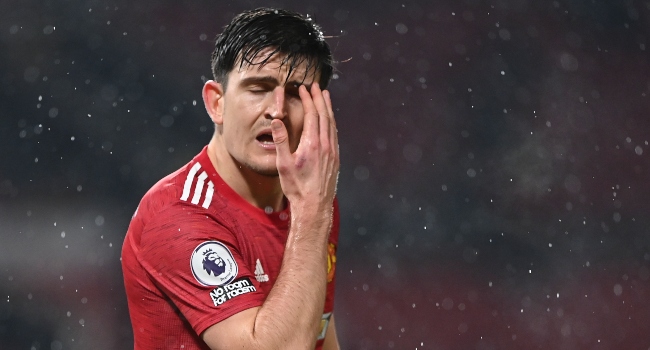 Manchester United captain Harry Maguire’s house was checked by police on Thursday after he received a bomb threat.

The 29-year-old’s home was swept by Cheshire Constabulary to ensure his safety.

“In the last 24 hours, Harry has received a serious threat to his family home,” a spokesman for Maguire said.

“He has reported this to the police who are now looking into the matter.

“The safety of his family and those around him is obviously Harry’s number one priority.

“He will continue to prepare for this weekend’s fixture as normal and we will not be commenting in any further detail at this time.”

The bomb scare is the latest issue for Maguire, who has been subjected to stinging criticism from pundits and jeers from England fans this season.

Maguire was part of the United team thrashed 4-0 at arch rivals Liverpool on Tuesday.

He is next due to play when United travel to Arsenal on Saturday for a crucial Premier League clash in the race to qualify for next season’s Champions League.

United, who have slipped to sixth in the Premier League, on Thursday announced the appointment of Ajax boss Erik Ten Hag as their new manager from next season.

Related Topics:Harry Maguire
Up Next