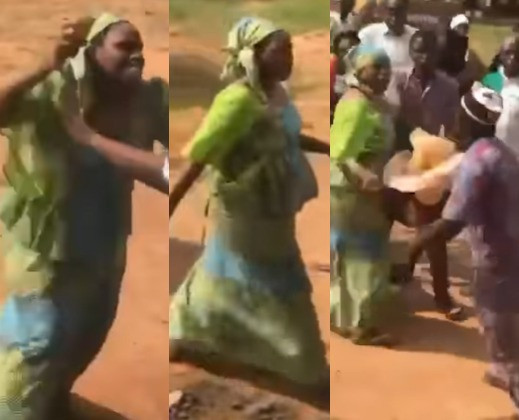 Trixx NG reports a video circulating on the internet moment a mother stormed Jericho High school, Ibadan with thugs to attack a teacher who had ”disciplined” her child.

In the video, the mum who was clad in Ankara outfit could be seen attempting to throw stones at one of the teachers who attacked her for storming the school with thugs.

The viral video was posted by a Facebook user, Isaac Fayose.

The state government is yet to react to this development.