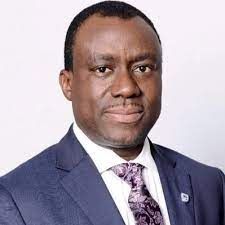 The N100 billion fund established by the Stanbic IBTC Holding Plc, is to help close the infrastructure gap in Nigeria.

Dr. Demola Sogunle, Chief Executive Officer of the Stanbic IBTC Holding Plc, said this at a Hybrid event organised by the Rotary Club of Ikeja, District 9110 on Monday November 22 in Lagos. He spoke on the topic, “Solving Infrastructure Deficit in Nigeria”, According to him, infrastructure deficit truly exists in Nigeria and begs for immediate solution. “So, in order for us not to complain, we saw the situation and decided to create value by introducing IBTC Infrastructure fund of N100 billion, and the important thing is that we have started disbursing already.“The plan is simple: we would provide project owners with long-term capital to fund their projects whilst investors enjoy competitive returns as well as achieve set investment goals.

“The Fund would be released in tranches, starting with the first N20 billion tranche which is now open for subscription, providing an avenue for investors to gain exposure to critical infrastructure projects.“The tranche has a 12-year maximum duration,’’ he said.

He noted that African countries like Egypt, Tunisia, South Africa, etc, were far ahead of Nigeria in terms of infrastructure development. He said that in the 2019 Global Competitiveness Index Report, Nigeria scored 48.33 points out of 100 and ranked 130th of 141 countries surveyed for the overall quality infrastructure. Sogunle mentioned some challenges affecting infrastructure development in the country. These include, huge capital outlay versus Budget Constrains and Huge cost of financing, political and regulatory risk which is high, poor maintenance culture, low risk appetite by financial institutions and suboptimal record of past projects.

The bank CEO also said that the impact of $10bn infrastructure investment required on GDP growth rate was assumed at N3.6trillion (US$10billion) per year from 2019 to 2030 according to Nigerian Integrated Infrastructure Master plan (NIIMP). He said that the real GDP was expected to decline by 0.19 per cent in 2020 but rebound to 3.85 per cent by 2021 and 10.68 per cent by 2030, reflecting the impact of the implementation of the plan. He stressed that if 10 percent of the proposed 10 billion dollars, ($1bn) is invested, this would still bode well for the economy and positively impact the GDP growth given the current level of infrastructure deficit.