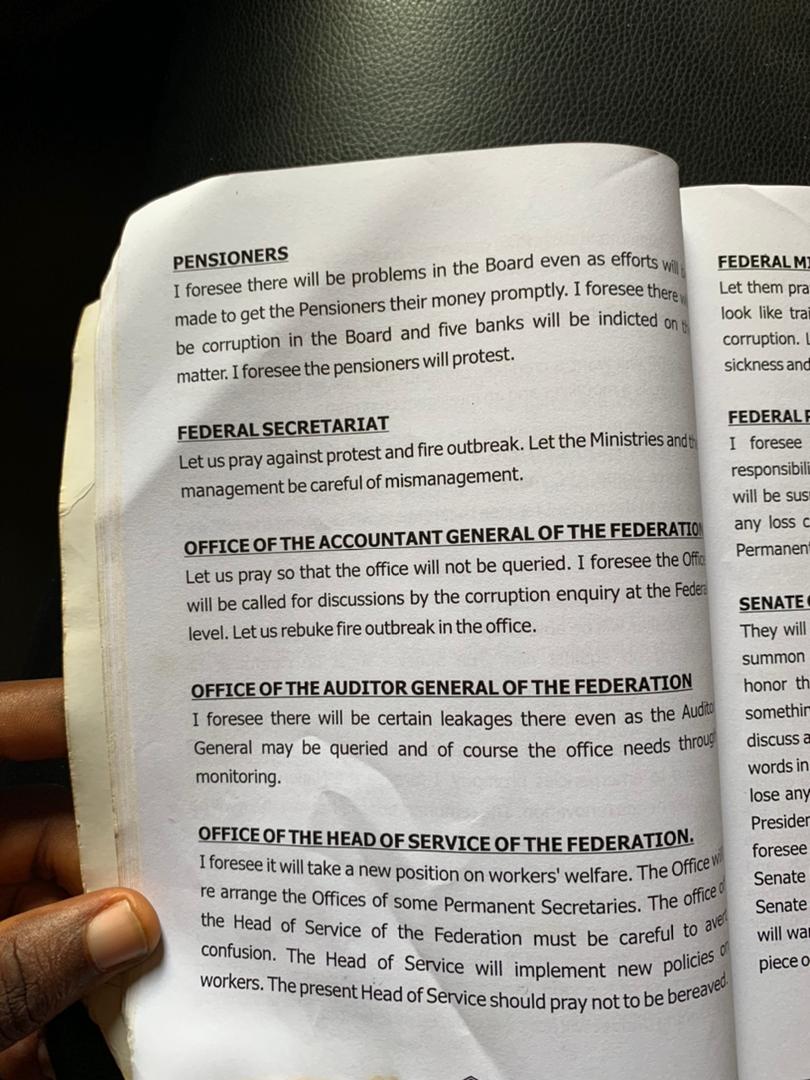 The Economic and Financial Crimes Commission has arrested the Accountant-General of the Federation, Mr. Ahmed Idris, in connection with alleged diversion of funds and money laundering to the tune of N80 Billion.

This came as a surprising development because there was no pointer beforehand and it wasn’t known to the public that Mr Ahmed Idris was on the watch of the EFCC for corruption related cases.

Even as surprising at it seem when the news of his arrest broke out, it didn’t meet the followers of popular prophet, Primate Ayodele uninformed because the man of God had warned the office of the accountant general of corruption allegation in his annual prophecy book titled ‘Warnings To The Nations.’

The book, which is released annually by Primate Ayodele features prophetic warnings to nations around the world and it’s not just about the politics or government alone. It’s an all-encompassing publication that features even the aspect of the society that isn’t given so much attention. This prophecy book warns on politics, sports, corporate organizations, education, individuals, government establishments, government parastatals, among a host of many others.

In the 2021/2022 edition, Primate Ayodele spoke on what will befall the office of the accountant general of the federation, while stating that he foresees a corruption enquiry at the federal level against the office. This could be found on page 23 of the prophecy book.

‘’ OFFICE OF THE ACCOUNTANT GENERAL OF THE FEDERATION: Let us pray so that the office will not be queried. I foresee the Office will be called for discussions by the corruption enquiry at the Federal level. Let us rebuke fire outbreak in the office’’

Almost a year after Primate Ayodele released this prophecy book, the accountant general of the federation, Mr Ahmed Idris was arrested by the EFCC for corruption charges, as the man of God accurately warned.