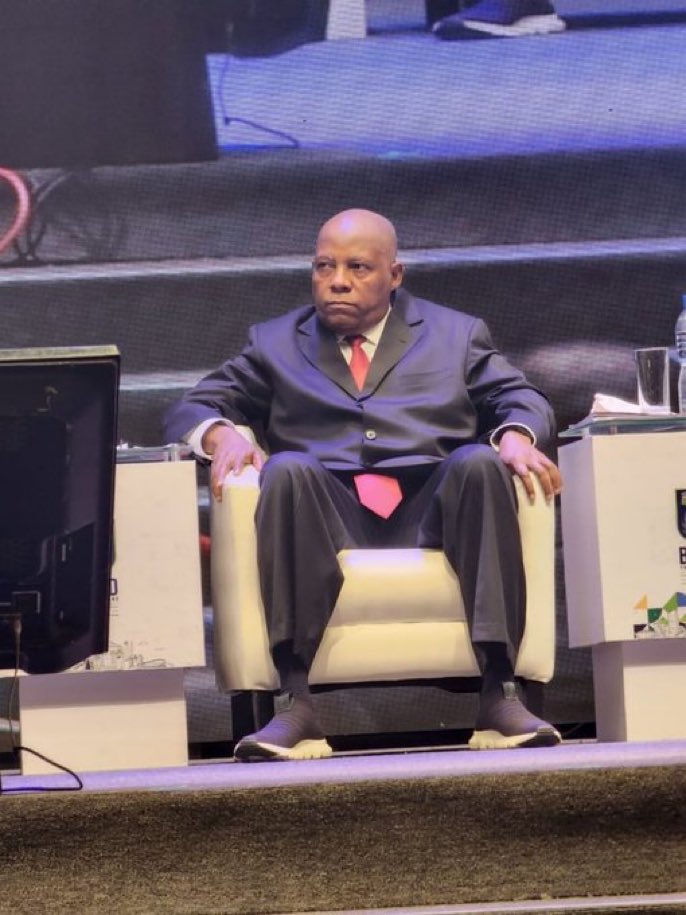 The APC presidential candidate, Asiwaju Tinubu was supposed to attend but due to reasons unknown to the public, his running mate was sent to represent him.

Of course, It’s a formal event so guests are expected to dress corporately but the choice of Shettima’s dress combination has sparked reactions on the social media.

He appeared in a suit, tie but a gym shoe and the suit appear to be bigger than he is.

See pictures and reactions below

Shettima should have worn agbada, an outfit he feels more comfortable in. pic.twitter.com/wa0KAFi7Ff

Forget about the carpenter-made coat he's wearing and the weird shoe combo. But his boss was talking about anger management abi?

Who gave shettima the coat😭😭… Looks like those times our parents gave us Christmas clothes and said “don't worry it will fit you”😭😭😭 pic.twitter.com/HDGjYtqmiq

This is Tinubu’s running mate at the NBA Conference today. Look at his feet. Who in his right mind wears a suit and tie, and then puts on a pair of gym shoes to a conference? If Shettima does not know how to dress himself, how can he address Nigeria’s challenges?#TableShaker pic.twitter.com/scfNwqIIz6

This man right there 👇 is the evil genius in Tinubu/Shettima’s camp. He was the one who hired those fake Bishop from car park, plumber store etc and gave them cloth to dress up as Bishop. I believe he is the one who dressed up Shettima in this pic. pic.twitter.com/Y4kkUpAdnF

Fashion Designer do Shettima this one 😭😭 pic.twitter.com/21UwD5nQLq