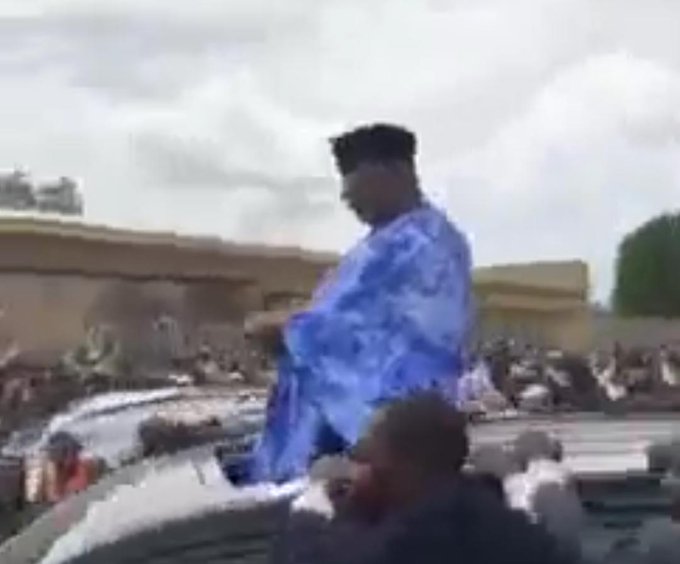 TRIXX NG reports that Bauchi State Governor, Bala Mohammed has been captured on camera throwing a chunk of money at a mammoth crowd during his visit to Azare town.

In a video circulating on social media, the former Peoples Democratic Party (PDP) presidential aspirant was seen throwing bundles of cash from his car to the residents which is a clear violation of the Central Bank Of Nigeria (CBN) Act.

“For the avoidance of doubt, spraying of, dancing or matching on the Naira or any note issued by the Bank during social occasions or otherwise howsoever shall constitute an abuse and defacing of the Naira or such note and shall be punishable under Sub-section (1) of this section.

“It shall also be an offence punishable under Sub-section (1) of this section for any person to hawk, sell or otherwise trade in the Naira notes, coins or any other note issued by the Bank.”

The law further says “marching” includes spreading scattering or littering of any surface with any naira notes or coins and stepping thereon, regardless of the value, volume, occasion or intent.

The video has generated mixed reactions on social media.

JUST IN: Many Trapped As One-Storey Building Sinks In Lagos (Photos)