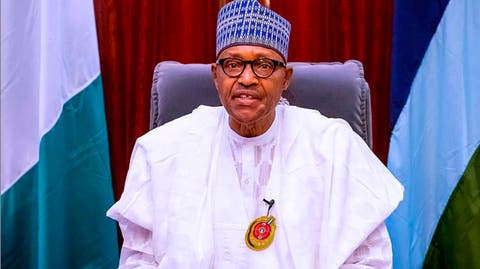 A frontline influential group, Northern Youth Leaders Forum (NYLF) comprising over 47 groups, has warned against rumoured plans to postpone or cancel the 2023 general elections in Nigeria, while demanding for the immediate resignation of President Muhammadu Buhari to pave way for a non partisan Interim National Government (ING) that would oversee the 2023 general elections.

“We have observed and truly too, the clandestine moves and actions by some political stakeholders to create security crisis that will necessitate the shifting or cancellation of the presidential elections in February, 2023.

“We would like to unequivocally state that the NYLF is totally opposed to the shifting of the presidential election not to even talking of the cancellation.

“We want to warn all the stakeholders that are surreptitiously working towards this line of thought, that if such decision is even taken, we will ensure that not a single APC candidate from top to the bottom, will be allowed to campaign in any part of the Northern States and FCT,” the group warned.

According to the text of the briefing titied, “IT IS TIME FOR BUHARI TO RESIGN” sighted by our correspondent, NYLF said that it is a known fact that 2023 presidential election is the most important and decisive election which will determine and define the future of the country and as such, everything humanly possible including personal and collective sacrifices must be carried out and seem to be done.

“This is why the NYLF has been going round the country to consult and create awareness and also ensure that the voters especially the rural north, are not brainwashed and divided into religious or ethnic inclinations,” Comrade Afiyo said.

He explained that, “it is a known fact that this government has failed in everything. Therefore, if at all it can no longer guarantee the safety of its citizens and conducive environment for the peaceful conduct of the 2023 elections, we strongly advise that President Muhammadu Buhari should resign now and an Interim Government which will supervise the elections in 2023 be formed if truly he is eager to go as he said.

“The 2023 election dates remain sacrosanct and must not be tempered with,” NYLF warned.

On whom that are backing to emerge in 2023, the group minced no words in reiterating that former Vice President, Alhaji Atiku Abubakar has their blessings, as well as that of 15 out of their 19 patrons.

“It is on record that NYLF has been championing the course of presidential elections since 1999. It has never been so overwhelmingly received support for a particular candidate like the Atiku Abubakar’s 2023 project.

“For the first time, 15 out of 19 Patrons of our Forum unanimously agreed and directed us to support Atiku Abubakar’s 2023 project.

“In line of this thereof, we are pleased to inform and declare our total support for Atiku Abubakar and his able TEAM also in the same vein directing all our Zonal, State and Local Government Coordinators to start mobilization with immediate effect.

“We would also like to inform our members and the public that none of our Patrons is actually against Atiku as being peddled. Only four Patrons are neither for or against Atiku,” the group said.

They therefore, stated categorically that from Tuesday, the 26th of July, 2022, the NYLF has declared her unflinching support and allegiance to Atiku Abubakar and his team come rain or sunshine.

“Consequently, we are calling on all our sister organizations in the North and our Partners in the South-West, South-East and South-South to activate their political weapons and get ready for mutual and beneficial collaborations and partnership as we did in 2003, 2007, 2011 and 2015.

“Furthermore, it is imperative and absolutely necessary to state clearly that we are not supporting Atiku Abubakar because he is a Northerner.

“Our support for him is purely based on our conviction that he is the only presidential candidate among all the Candidates that has the political will, capacity and judgmental reasoning to take tough and decisive actions towards bringing to an end, the security challenges bedeviling our nation.

“With Atiku Abubakar as the President, Peter Obi as the finance minister and possibly Bola Tinubu as the Presidential Adviser, Nigerians will have every reason to celebrate the new era,” they declared.

On the ongoing strike by the Academic Staff Union of Universities (ASUU), the group said that they, “we observed with great dismay that the government has remained so insensitive to the plight of the Nigerian students despite their promises during campaigns that they will ensure continuous and uninterrupted sessions in all our tertiary institutions.

“In this light, we direct all our state chapters to accept and honour the NLC invitations and participate fully in the planned protest,” they said.

NYLF appreciated the nation’s security agencies for their unfailing patriotism in defending NIgeria at all cost.

“God Almighty will continue to protect and guide them,” Comrade Afiyo prayed.

Will Primate Ayodele’s Warnings On Kidnapping In Aso Rock Come To Pass?